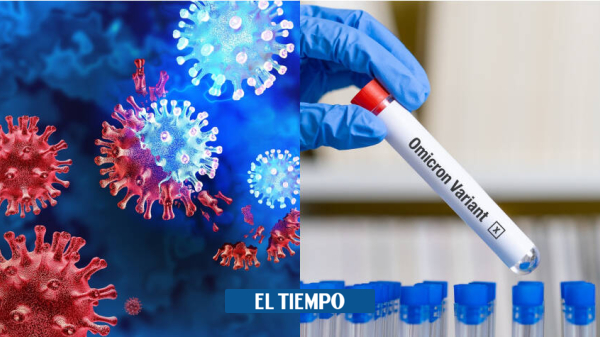 The less than 48 hours remaining in 2021 mark an unfortunate trend: some countries in the world, mostly European, close the year with a considerable increase in positive cases of covid-19.

Many health authorities attribute this increase in infections to the expansion of the omicron variant, which, according to various studies, is much more contagious than other strains detected so far. Likewise, the health organizations of the most affected countries – France and Spain, for example, broke records of daily infections since the start of the pandemic in 2020 – have advocated maintaining biosecurity measures in a month highlighted, paradoxically, by family reunions, outings with friends and plans in various parts of the main cities.

The result of a study with promising conclusions was published recently. The specialists apparently found antibodies with the sufficient capacity to neutralize covid-19 in the body of a person.

It seems that it could also slow down the advance and impact of omicron.

(You can read: Colombia received 43,540 doses of vaccines from Moderna).

‘Loss of neutralizing activity was less with the third vaccine’

The new strain of the virus was first detected in South Africa.

The research was published in the specialized journal ‘Nature’. It was in charge of scientists from the University of Washington. Its essential objective was to identify how the omicron variant acts in the body and, with this, to know the differences of this strain with the original virus detected in Wuhan.

This practice has also been carried out with other variants, such as delta and mu, to mainly evaluate the efficacy of vaccines against this type of infection.

“Marked reductions in plasma neutralizing activity against omicron compared to ancestral pseudovirus were observed for convalescent and vaccinated individuals“The study noted, however,” the loss (of protection and efficacy) was less pronounced after a third dose of vaccine. “

(We tell you: The response of T cells is maintained before omicron, according to a study).

“The magnitude of the immune evasion mediated by omicron brand a major antigenic shift of SARS-CoV-2”, Indicated the specialists.

It is worth saying that, since the appearance of the first important variants, the scientific community indicated that viruses in general they tend to mutate in search of neutralizing all kinds of biological that counteract its effects.

The scientists noted that the antibodies in some vaccines are able to detect omicron and neutralize it.

“Broadly neutralizing mAbs (monoclonal antibodies) that recognize RBD (receptor-binding-domain; primary site of attack of a virus) epitopes conserved among SARS-CoV-2 variants and other sarbecoviruses may be key to controlling the ongoing pandemic and future zoonotic spills“, Specified the text.

The omicron peak protein, its RBD, binds 2.4 times better to cell surfaces than the parent virus. That would shed light on its rapid expansion.

Knowing this, an experiment was carried out: putting the omicron variant in contact with some types of isolated antibodies. Among those used there were some with previous infection of another variant, some vaccinated with the biologicals approved in the world and infected antibodies that later ‘received’ the anticovid vaccine.

This was intended to show the response that a person’s antibodies would have when omicron reaches their body, even more so considering that the “neutralizing mAbs” detected the main protein of the strain.

(You may be interested: 40,500 missed doses, balance of the Comptroller’s Office on covid-19 vaccination).

Some antibodies of the vaccines, against omicron, reduced their neutralizing activity between 20 to 40 timesyes, ”it happened with Moderna, Pfizer / BioNTech and AstraZeneca. Sputnik V and Sinopharm, according to research results, had a drastic reduction in effectiveness.

The study indicated that the reduction was much smaller in the antibodies of those who were infected and, after overcoming the contagion, they were vaccinated. This would imply, from the point of view of specialists, the application of a third dose of the biological ones as reinforcement to counteract the omicron more effectively.

“This finding tells us that by targeting antibodies that target these highly conserved sites in the spike protein, there is a way to overcome the ongoing evolution of the virus”Said David Veesler, a Howard Hughes Medical Institute investigator and associate professor of biochemistry at the University of Washington School of Medicine in Seattle, who was part of the research.

Veesler also indicated that, as the results of the experimentation show, “a third dose is really very useful against omicron”.

Vaccination is the most effective mechanism to protect against the most serious consequences of the virus.

(Also: ‘El abrazo de Macta’: the movie name given to the flu in Barranquilla).

“The finding that antibodies can neutralize by recognizing conserved areas in so many different variants of the virus suggests that the design of vaccines and antibody treatments that target these regions could be effective against a wide spectrum of variants that arise through mutation“, Indicated the text, focusing not only on omicron but also on possible mutations of covid-19 that appear in the future.

Although this is a study that would provide clues to neutralize omicron, it is important to continue investigating the results and, above all, the properties of this variant.

Ómicron and December: alarm in the world

The expansion of the new variant in the holiday season, and just when several countries in the world lifted certain restrictions taking into account the advance of the vaccination process, caused an alert That has already led to canceling flights, raising quarantines for travelers and, in drastic cases, the closure of shops and the return of strict confinement.

Ómicron put the world on alert for the end of this 2021.

It is worth noting that, in countries such as Germany, Belgium or France, the number of infections had been on the rise since the end of November and the beginning of December. These countries, a few weeks ago, took “action on the matter” in order to avoid a possible hospital collapse due to the outbreaks detected.

France faces the fifth wave and Spain the sixth. Colombia, for its part, would begin in 2022 with the rise in infections in the face of fourth peak of the pandemic.

This Wednesday, the country suffered its first drastic rise in infections after the relief of the third peak that led to an approach to ‘normality’. A day ago they were detected more than 6 thousand positives throughout the territory.

The first cases of omicron were detected a week ago by the INS.

Vaccination against covid-19 in Bogotá.

So far there are no announcements about possible closures or capacity reduction. In any case, the three essential guidelines that have accompanied humanity since March 2020 remain in force: use of masks, hand washing and physical distancing.

La Chilindrina tests positive for covid-19: this is his state of health