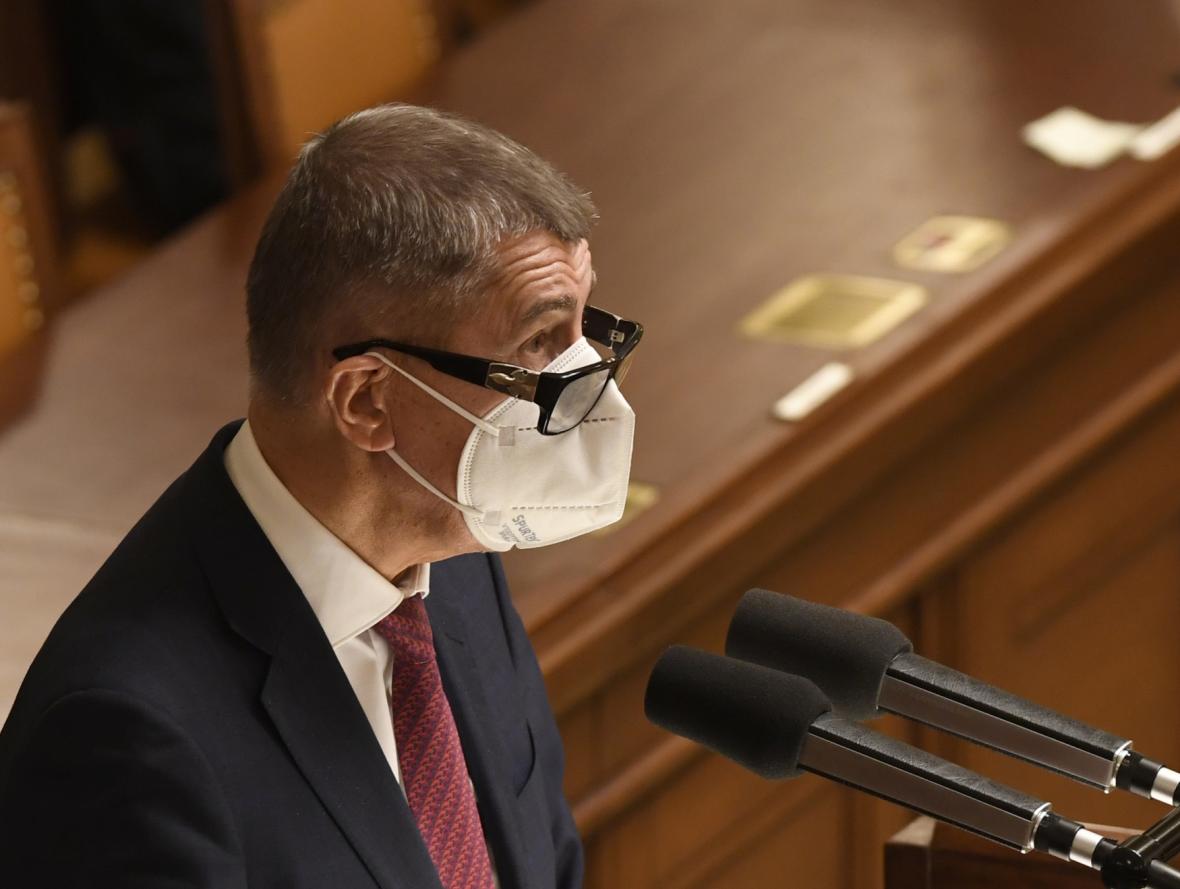 The disease is spreading the fastest in the Trutnov region

The number of people with covid-19 in hospitals has decreased by about 230 in the last day, the number is also lower than a week ago. On Friday, 6,929 people were hospitalized, over a thousand of them are in serious condition. It is the burden on hospitals that is why the Ministry of Health does not yet plan to alleviate measures against the spread of the disease.

The daily number of deaths with covid-19 has remained above 150 since the beginning of January. So far, the ministry has reported 91 deaths on Friday, but the latest numbers usually increase with later updates.

The disease is now spreading the fastest in the Trutnov region, where approximately 1,176 cases of coronavirus have increased per 100,000 inhabitants in the past seven days. In no other district in the Czech Republic does the number of new cases per week per capita exceed one thousand, over 800 there are still in the Cheb region.

PES remains in the fourth degree, the reproductive number decreases

The reproduction number fell only slightly from 0.72 on Friday to 0.69 on Saturday. The figure showing how many people on average infect one positive test decreases for six consecutive days. Among the parameters on the basis of which the PES index is calculated, the share of hospitalized patients in whom covid-19 was only demonstrated in hospital is also lower than on Friday. On the contrary, the average number of infected per 100 thousand inhabitants in two weeks and the fortnightly average of infected among the elderly increased.

The PES index fell for three days to the level of the fourth degree after the Christmas holidays. From December 30, however, he was again consistently above the limit of the fifth degree until Thursday. At the beginning of January, it reached up to 90 points, which was the highest value of the index since its introduction last autumn.

According to the government’s decision, the fifth degree of measures is still in force in the country, and according to the Minister of Health Jan Blatný (for YES), no reduction can be expected next week.

Measures against the disease in the Czech Republic have been governed by the fifth degree since 27 December. Blatný said on Friday that they probably will not ease next week, because hospitals are still very busy with patients with covid-19. On Monday, however, according to the minister, the government will discuss partial modifications of the fifth stage of the PES, for example for the assortment in stores. He did not give details, but earlier he talked, for example, about the possibility of selling stationery.

For a possible mitigation of the measure, the PES index must remain in the lower band for at least seven days, for tightening three days. After that, the change is evaluated by an expert team of the Ministry of Health. Until now, the government has mostly introduced changes to the measures only after the PES has remained at a better or worse level longer than the mentioned deadlines.

Due to system problems, vaccination did not start at the Ostrava hospital on Saturday

The University Hospital Ostrava could not start vaccination against covid-19 on Saturday, although it was ready for vaccine administration in people older than 80 years. The reason was problems with the reservation system. However, they were removed during the morning, said hospital spokeswoman Petra Petlachová. The vaccine will start on Sunday.

The staff of the Motol University Hospital in Prague also had problems connecting to the reservation system for about an hour in the morning. “It was probably caused by an overload of the system, but now everything is working and expected. Queues are not being formed, “said Ludmila Šimáčková from the Motol Hospital’s communication department around ten o’clock in the morning.

The Liberec hospital has been struggling with the registration system since Friday. “We tried it all day on Friday, but the system crashed and we only managed to publish three dates. In addition, clients could not apply for them, because when they had to confirm it, they always fell for it, “said hospital spokesman Václav Řičář.

See also  What is the origin of covid19, according to the WHO

According to Babiš, the registration system works well. “The problem was on the side of these hospitals, not on the side of the central reservation system, and these problems have been solved,” he said. He also added that he would nominate the government’s commissioner for IT, Vladimír Dzurilla, to President Zeman for a state award.

Over 130,000 seniors registered for vaccination

In the Czech Republic, 105,167 people have been vaccinated against coronavirus so far. This was stated by Prime Minister Babiš after Saturday’s meeting in Lány. By Saturday, 18:00, 137,275 seniors over the age of 80 had registered for vaccination in the central reservation system, with 27,858 of them deadline. This was announced by the government representative for IT Vladimír Dzurilla and the numbers were also confirmed by the spokesperson of the Ministry of Health Barbora Peterová. Approximately 441 thousand seniors over the age of 80 live in the Czech Republic.

Some vaccination centers added free dates during Saturday. In the morning, the system reported that there were vacancies in some hospitals. At 12:45, however, according to the reservation system, all dates in all centers were dismantled.

The launch of the coronavirus vaccination registration system for people over 80 was accompanied by not only great interest but also technical problems. The first available capacities were exhausted in about an hour on Friday, other added times during the afternoon quickly disappeared, other dates for registered users are to appear in the following days.

Vaccination of seniors over the age of 80 is not yet realistic in the Karlovy Vary region. Due to the lack of vaccines, not all applicants from the ranks of paramedics, paramedics and clients and employees of social facilities have been vaccinated yet. At the same time, the region has the capacity to test, said the governor of the Karlovy Vary region, Petr Kulhánek (for STAN). According to Prime Minister Babiš, the region does not communicate sufficiently with the government.

Deliveries are delayed, with the involvement of pharmacies in vaccination is a problem

According to Babiš, the state is waiting for clarification from the vaccine supplier, the pharmaceutical company Pfizer, how supplies will be cut next week. According to current information, approximately 93,600 vaccines are to arrive in the Czech Republic next week at 31 vaccination sites. Supplies are to be reduced by 40 to 50 percent, the prime minister said.

Pfizer plans to reduce them to Europe so that it can work to increase production capacity. European Commission chief Ursula von der Leyen said on Friday that the company would deliver the volume contracted for the first quarter within the promised period.

According to Babiš, deliveries of the vaccine from the Moderna company are also delayed. He reiterated that 20,000 benefits should come from her by the end of January, while there are about 8,000 of them in the Moravian-Silesian Region. 240,000 benefits are expected to come from Moderna in the first quarter, he said.

He thus repeated what, after Thursday’s meeting between Babiš and Blatný with the President of the Czech Chamber of Pharmacists, Aleš Krebs, the chamber’s spokeswoman Michaela Bažantová said. “President Krebs could not even say whether the pharmacies would be interested or not,” the prime minister added. He reminded that pediatricians, general practitioners and outpatients should be involved in the administration of the vaccine.