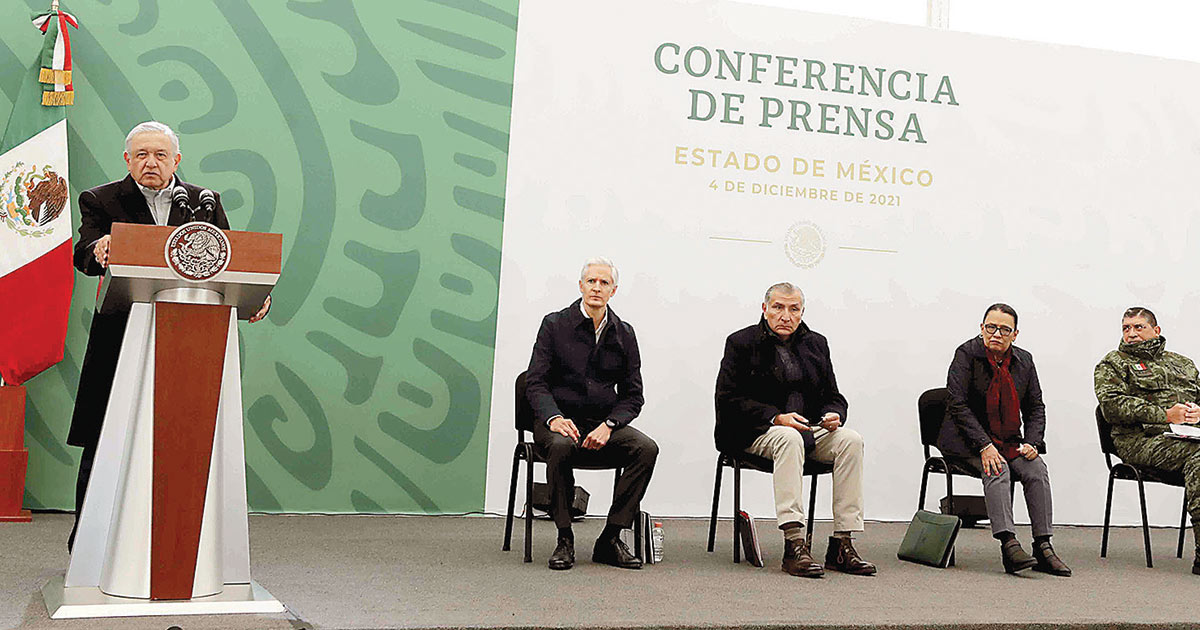 The application of booster vaccines against covid-19 could begin on December 7 and the first to receive it will be the elderly, announced President López Obrador.

In a conference from Rayón, State of Mexico, he said that vaccination is essential to protect that sector of the population, the one that suffers the most from respiratory infections during the cold season. It will then be applied to other age groups.

“We are going to start the booster vaccine next Tuesday for adults over 65 years old,” he said.

He explained that the strategy will be defined tomorrow at a cabinet meeting that he will have in the National Palace, and will be announced on Tuesday at his morning press conference, which he will offer from Jalisco.

He anticipated that, for now, all types of vaccines that were applied in Mexico will be reinforced, with the exception of Pfizer. “We are only going to save Pfizer for young people, because it is what they are recommending,” he said.

The third reinforcement will start on Tuesday 7

The vaccination plan will be defined this Monday at the cabinet meeting, López Obrador anticipates and will be announced at the conference from Guadalajara.

The application of booster vaccines against covid-19 will begin next Tuesday, December 7, and the first to receive it will be the elderly, reported President Andrés Manuel López Obrador.

From Rayón, in the State of Mexico, he pointed out that vaccination is essential to protect this sector of the population, which is the one that suffers the most from respiratory infections during the cold season.

“It is very likely that we will start with the booster vaccine for older adults from next Tuesday. All this for the winter, because always, with a pandemic or without a pandemic, in winter older people suffer more in winter, ”said the head of the Executive.

He said that the vaccination plan will be defined next Monday at the cabinet meeting that will be held in the National Palace and will be announced on Tuesday at the morning press conference to be held in Guadalajara, Jalisco.

The booster vaccination will begin with the elderly, and will gradually be applied to other sectors of the population.

“We are going to vaccinate, because yes, that is what protects us, that is scientifically proven, so we have to continue vaccinating the laggards, the young and the elderly, booster vaccines.

“All the vaccines, all of them, we are only going to save the Pfizer for young people because it is the one they are recommending and the rest of the vaccines, in general. Starting with older adults, ”López Obrador explained.

He reiterated that so far there has not been a rebound in the pandemic in Mexico, however, he pointed out that it should start with the booster vaccination like other countries.

The president called on the media to handle information about the Omicron variant, which, he said, is no more aggressive than previous mutations of the SARS Cov-2 virus.

“They make a report in the WHO that it was a variant, it has a term, of concern, and that was interpreted as a very dangerous variant, and panic spread everywhere and there was a lot of sensationalism.

“People got scared and the economy was also affected, currencies were affected, there was a depreciation of currencies, nervousness in financial markets,” lamented the president.

So, tell the population that we are pending, that we are vigilant and that so far we have not had a rebound in the pandemic. However, we are going to reinforce vaccination, because that is what has been shown to help.

Existing vaccines are effective against the new variant of the coronavirus, he reiterated.