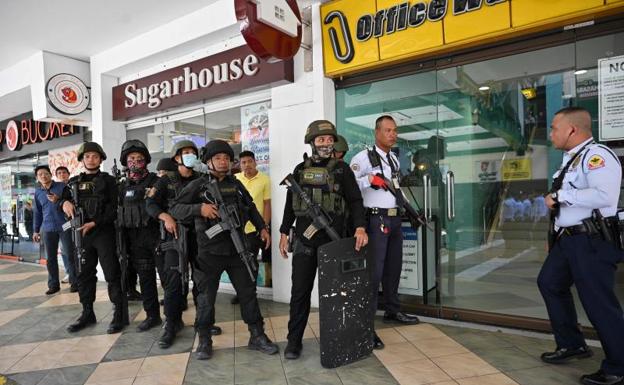 At least one person was injured and another thirty are held in a commercial center in Manila by an armed security guard who, according to police and journalists, has acted in revenge for having been fired.

Metro Manila police inspector Robin Rivera confirmed to Efe that this morning there was a shooting inside the Green Hills shopping center, popular for the sale of imitations in the Philippine capital.

According to the first police reports, the suspect is a former mall worker identified as Archie Paray, 41, who is in possession of firearms and could have explosives.

The suspect told a videoconference to the police and the media that he wanted to denounce the “unfair” dismissals of him and others and demanded that everyone be readmitted.

A waitress, who did not want to reveal her name, told Efe that she heard shots about 11.00 (03.00 GMT) and saw a Green Hills security officer wounded.

In the videos published on social networks, employees and users of the site can be seen fleeing the scene after hearing the shots.

As Efe could see from the place, at least 10 police officers and members of the specially equipped special forces are located in each access road of the shopping center.

While some of the teams have already been able to access the interior of the enclosure, and police officers are negotiating with the suspect, who seems to have calmed down.

Undocumented students may soon be eligible for college loans