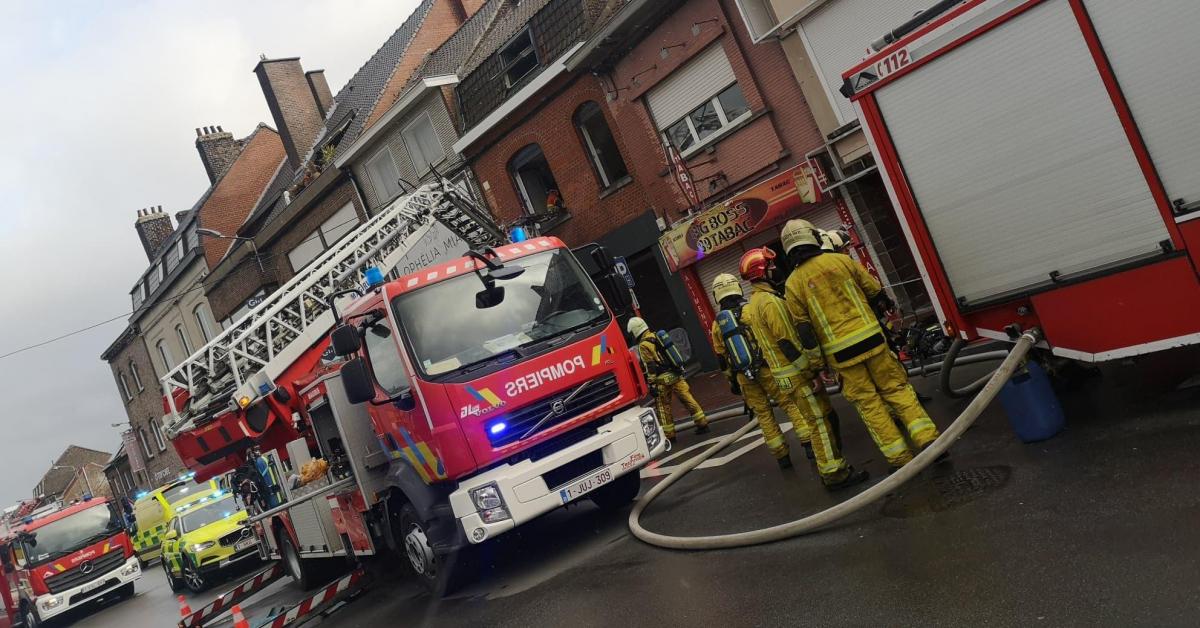 A fire broke out in a duplex on rue des Cheminots this Wednesday morning shortly before 8 a.m. Two men were transported by the emergency services, one of them badly burned was sent to the center for severe burns in Neder-over-Heembeek.

A dramatic accident occurred in a duplex on rue des Cheminots this Wednesday morning. Two men were trapped in a fire that broke out in one of the bedrooms under the eaves of the house.

When help and firefighters arrived from Mouscron, but also from Tournai who had come as reinforcements, thick smoke was coming out from the roof. It was necessary to act quickly, especially since no one saw the occupants leaving the premises. “These are two friends who are often together, they are known in the district of the station”, specifies a resident.

► Wilfried, 77, was stranded on the first floor

► All our information on this fire HERE