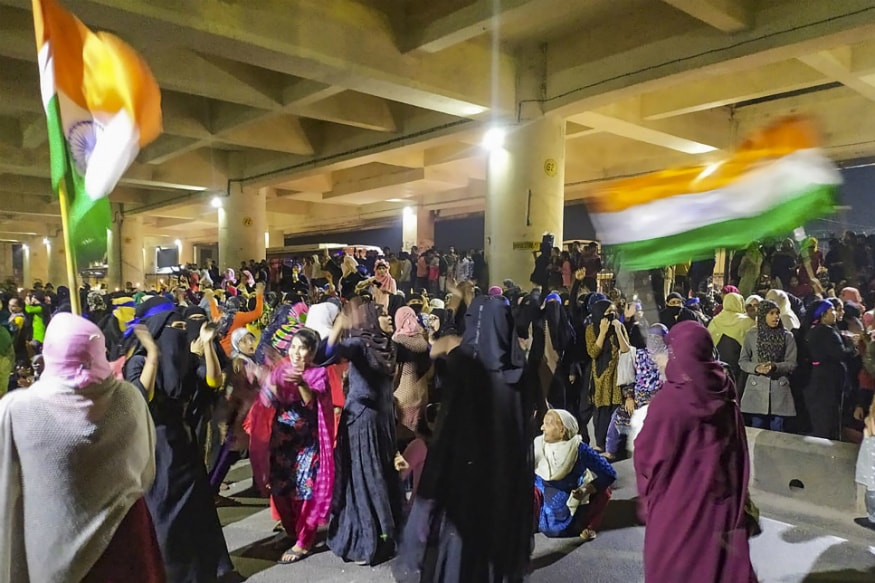 New Delhi: The entrance and exit doors of the Jaffrabad subway station were closed on Sunday morning after more than 500 protesters blocked the street under the subway line and promised not to end the unrest until the Center lifted the controversial citizenship law and national register of citizens.

Wearing tricolors and raising slogans, the demonstrators, especially women, had come down to the scene on Saturday night. The road connects Seelampur with Maujpur and Yamuna Vihar.

As protests continued into the morning, strong security was deployed around the subway station and the Delhi Metro Rail Corporation said trains would not stop at the station. “Jaffrabad’s entrance and exit have been closed. Trains won’t stop at this station,” tweeted the DMRC.

Security Update Jaffrabad’s entrance and exit have been closed. Trains will not stop at this station.

A woman, who identified herself as Bushra, said that until the moment the CAA was revoked, the protesters would not leave the site.

Social activist Faheem Baig said there was resentment among people about the way the government handled the matter.

“This protest is against the AAC, NRC and also seeks a reservation for the Dalits. The movement is mainly led by women, while men are only supporting them,” said a protester named Shadab. “We have blocked the road to protest and will not move from the site until the Center revokes draconian law,” he said.

The new sit-in protest comes at a time when efforts are being made to negotiate with protesters in Shaheen Bagh whose turmoil has caused traffic snarls along the Delhi-Noida route. A small stretch of road closed for over two months was “opened” by a group of demonstrators on Saturday, although police barricades continued on one side.

Protesters claimed they had “opened” the stretch, which would have allowed the passage between Noida and South Delhi, around 5:00 PM near the protest site, but the Delhi police and Noida police were continuing the barricade by a side limiting access to commuters. Delhi police said they barricaded adjacent streets for security reasons.