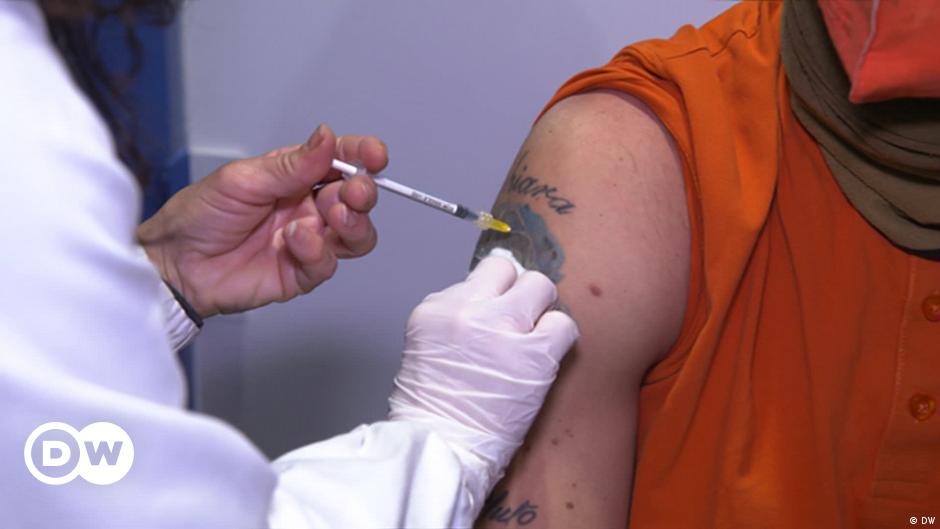 A nurse from Palermo (Sicily, southern Italy), who simulated injecting the coronavirus vaccine into dozens of people, was arrested this Friday by the police, who had already arrested her for similar reasons last January.

The woman has been accused by the Prosecutor’s Office of the Sicilian capital of the crimes of forgery and embezzlement as responsible for falsely vaccinating 47 people at the “Mediterranean Fair” vaccination center in Palermo, the police said in a statement.

The nurse, who also worked at the Civic Hospital of Palermo and who acted out of “ideological conviction”, had been arrested in January for practicing false inoculations on two of her relatives and she herself had also pretended to receive the booster dose.

The police investigation, supported by video recordings whose images have been the subject of medical-legal expertise, has made it possible to verify that, after the first house arrest, the woman returned to work for two days at the vaccination center and practiced because of “personal and ideological”, false vaccinations to 47 patients.

The images show the nurse at the moment of spilling the contents of the vial on the gauze, without injecting anything.

Likewise, from the wiretaps and the interrogation of some users, it appears that all the people who would have been subjected to a false vaccination were completely unaware of the lack of inoculation and were convinced that they were protected from the risk of infection by covid-19.

As a result of the operation, all health certificates associated with the fake vaccines have been seized, the police added.

This is the umpteenth case of health workers in Italy arrested for pretending to vaccinate relatives or giving false vaccines, as happened last December, when another nurse from the same center was arrested for faking the vaccination of eleven subjects, including a well-known leader of the anti-vaccine movement , currently subject to precautionary measures in prison. EFE

New facts about the murder in Czstochów. Krzysztof R. was supposed to strangle the dog and undress the victims

Kyrgios: “Eliminating outside problems helps me to be better”