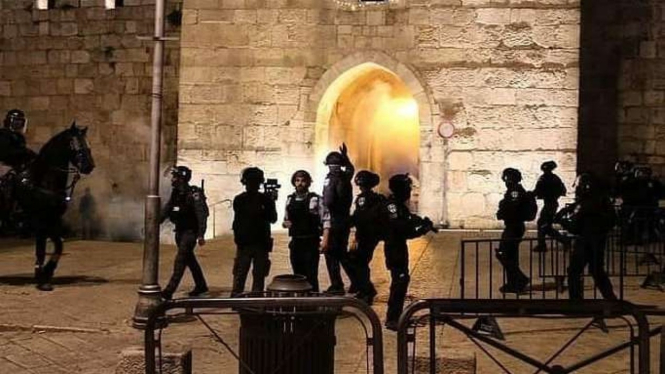 VIVA – A number of reports colored the news channel on the VIVA.co.id portal throughout Wednesday, May 12, 2021. The most popular news came from the attack of the Israeli zionists on the Al-Aqsa Mosque and Gaza in Palestine during the month of Ramadan.

For this action, and what was experienced by the Palestinians, the General Chairman of the Indonesian Ulema Council (MUI) Miftachul Akhyar asked them to introspect themselves.

The second most popular news is about the great fire incident in Medan. This incident caused dozens of people to be rushed to the hospital.

Then, the third most popular news was about the KPK investigator, Novel Baswedan. Indonesia Corruption Watch (ICW) said Novel was removed to prevent major cases.

Apart from the three news, there are still two more news which are equally good. First, the sealing of the Ahmadiyah mosque in Garut. The action of the Regent of Garut, Rudy Gunawan, who sealed the mosque, received strong protests.

Then the news related to the arrival of Idul Fitri 2021. Ahead of the Muslim holiday, the price of beef is known to have reached IDR 150 thousand per kg.

Here are the 5 most popular news on the VIVA.co.id news channel throughout Wednesday, May 12, 2021:

Chairman of the Indonesian Ulema Council (MUI) Miftachul Akhyar invited the Palestinian people to introspect themselves regarding the return of the attacks carried out by Zionists Israel at the Al-Aqsa Mosque and Gaza in the middle of Ramadan.

He said this while giving a speech at the Al-Aqsa Emergency Ramadan End of Ramadan Reflection, Save Gaza and Recapture Palestine event which was held virtually, Wednesday, May 12, 2021.