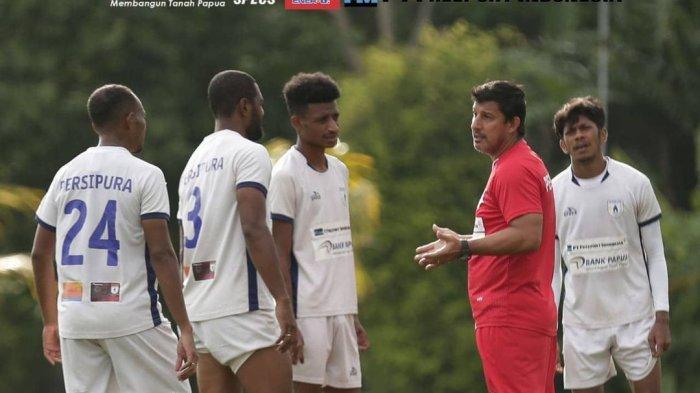 TRIBUNNEWS.COM – Persipura Jayapura is threatened with a WO sanction and a fine of Rp. 1 billion for not attending the postponed match against Madura United which is scheduled to be held on Monday (21/02/2022).

Not only that, Mutiara Hitam is threatened with more severe sanctions, namely getting a point deduction of nine points in BRI Liga 1.

The case experienced by Persipura and the threat of severe sanctions given by PSSI seem to add to the burden on Mutiara Hitam who is currently in the relegation zone.

Currently Mutiara Hitam is in the relegation zone with two other teams, namely Persela Lamongan and Persiraja Banda Aceh.

This is so surprising, Persipura is a classy Indonesian club that almost every season successfully grabs the domestic league trophy.

They are also a regular for Indonesian representatives to compete in continental events, either the Asian Champions League, or the AFC Cup.

In fact, at the beginning of the season Persipura was still being trained by a Brazilian tactician, Jackson F. Tiago whose quality was unquestionable.

He is the key figure behind the success of Persipura from season to season.

Persipura Jayapura is the team with the most domestic league titles in Indonesia this decade.

As of 2009, Persipura, who was coached by Jackson F. Tiago at that time, has won the Indonesian League three times.

Earth’s Northern Axis Light Can Be Seen To The South Due to Solar Storms – Beritabaru.co Technology