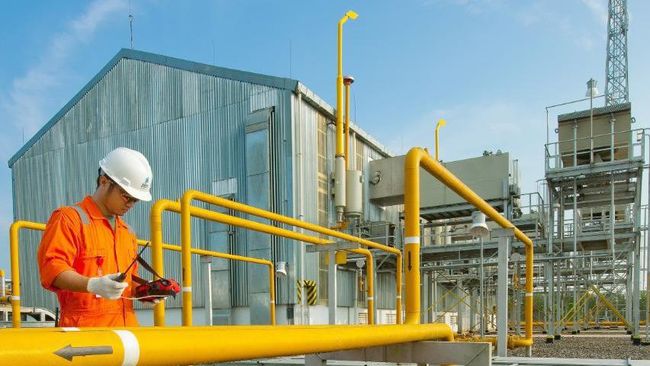 Jakarta, CNBC Indonesia – Indonesia has an abundant gas supply and also a large market share. But unfortunately, the limited infrastructure, especially the pipes to absorb the gas, has prevented the Indonesian people from using this abundant supply optimally.

In fact, gas can be used for all purposes, from a household scale, such as through the city gas network, industry, and even for the transportation sector to replace BBM.

So, what is the main reason why Indonesia still lacks gas infrastructure?

He admitted that in Indonesia, the supply of gas is more than the supply of oil and the demand is quite large. However, he added, Indonesia is unique in that the position of gas supply is far from the location of the gas absorber. Therefore, infrastructure is needed to connect gas supply and demand.

Considering that Indonesia is an archipelagic country, according to him the infrastructure that must be built is varied, it is not enough just to go through pipes. He said, there are at least three types of infrastructure that need to be built, namely the transportation of gas by land using pipes, then via LNG ships to transport liquefied gas, and also transporters. Compressed Natural Gas (CNG).

See also  Fuel will be even more expensive. Big increases are in the pipeline

“So that gas supplies such as LNG or CNG can be delivered to demand, need to be carried by ship. But that’s not enough, there’s more storage (storage) which needs to be built, then the regasification unit if it is LNG. So, gas infrastructure is expensive, “he said in Jakarta, Monday (19/04/2021).

He revealed that PGN also estimates that the investment requirement to build gas infrastructure in the country by 2026 will reach US $ 4-5 billion or around or around Rp. 58 trillion-Rp. 72.5 trillion (assuming an exchange rate of Rp. 14,500 per US $).

Given the amount of funds required, the company will collaborate with partners, so that the investment can be shared.

The funds will be used to build at least nine gas pipelines, especially transmission pipelines, and 13 non-pipeline transportation projects such as LNG ships and regasification facilities. The project is listed in the Gas Infrastructure Master Plan Project created by the company.

If this gas infrastructure project has been built and connected, then according to him, gas can be used for the benefit of the community, even down to the household level, because the company will also build gas distribution pipelines and city gas networks (jargas).

“Now we are building jargas. Gas prices can be cheaper (compared to LPG). Previously, LPG was because it was the easiest to immediately replace kerosene,” he said.

The following is a list of gas infrastructure projects listed in the Indonesian Gas Infrastructure Master Plan until 2026: