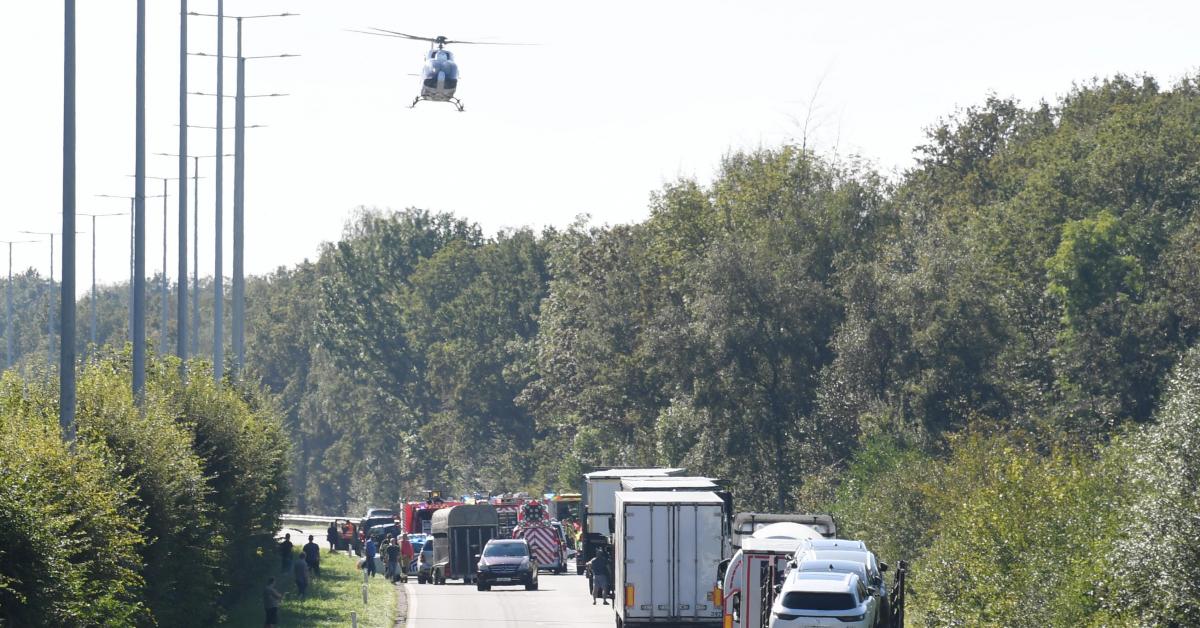 A fatal accident was caused by a ghost car this Saturday afternoon, near the Walhorner Heide rest area on the E40 motorway towards Eupen. The wrong way car hit two bikers. One of the two, a 51-year-old German, has died.

Dramatic accident on the E40 motorway shortly before the rest area of ​​Walhorner Heide (Lontzen) in the direction of Eupen, this Saturday afternoon around 2 p.m., indicate our colleagues from the GrenzEcho.

A female driver on the wrong way hit two motorcycles head-on. “A motorcyclist had undertaken a maneuver to overtake another two-wheeler. The first motorcycle exploded under the violence of the shock and the pilot died at the scene of the accident, ”indicates the Vesdre-Gueule police zone. The deceased biker is a 51-year-old German. The second biker, aged 57, is seriously injured. “He was transported by the medical helicopter from Bra-sur-Lienne, in critical condition, to the University Hospital of Liège”, further explains the police.

The driver behind the wheel of the ghost car was not injured in the accident. But he would be very shocked. All the people involved in this accident are of German nationality.

The section of the motorway between Eynatten and Eupen was completely closed to traffic and the police were asking to avoid this area. In addition, an automobile expert was dispatched to the scene by the prosecution.