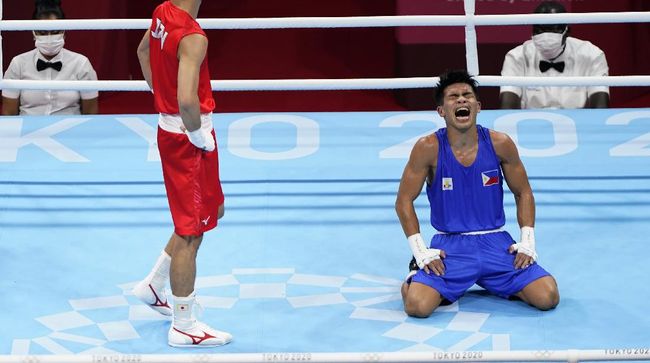 The Philippines will certainly shift Indonesia’s ranking in the Philippines Tokyo Olympics along with Carlo Paalam’s success in qualifying for the flyweight boxing final.

In the semifinal match, Thursday (5/8), Paalam was able to win 5-0 over Ryomei Tanaka. The certainty of qualifying for the final guarantees at least a silver medal for the Philippines.

In the final, Paalam will face Galal Yafai of Great Britain. Previously, Yafai won over Kazakh boxer Saken Bibossinov. The final match of Paalam vs Yafai will be held on Saturday (7/8).

After confirming the step to the final, Paalam did not talk much about the chance to win gold.

“I’m not going to answer that right now, I still have work to do,” Paalam was quoted as saying by Metro.

The Philippines itself has just managed to carve the first gold in Olympic history through Hidilyn Diaz. Diaz won the 55kg weightlifting gold.

While the other two medals had already been presented by boxing athletes. Nesthy Petecio awarded the featherweight silver medal in the women’s category while Eumir Marcial gave the bronze in the men’s middleweight category.

Indonesia itself is no longer possible to add medals in the Tokyo 2020 Olympics because there are no more athletes competing.