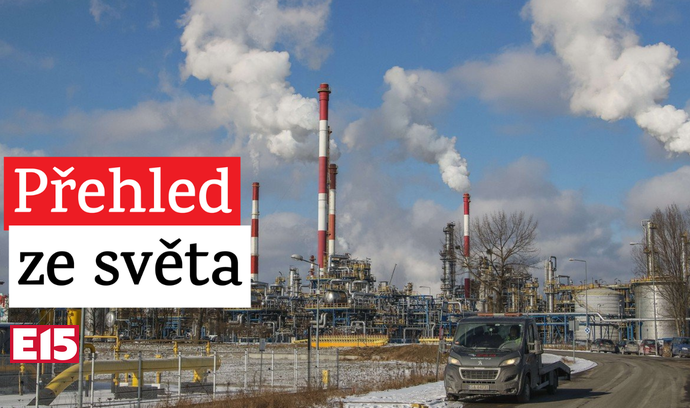 Scholz leaned to the core, allegedly not making economic sense

According to German Chancellor Olaf Scholz, nuclear energy is not sustainable and economically meaningful. The head of the federal government said this in Wednesday’s debate with members of the Federal Assembly. Germany still plans to shut down its last nuclear power plants this year and wants to increase the share of renewable energy sources to 80 percent by 2030. At present, Germany obtains about 42 percent of its energy from renewable sources. “The operation of the reactors is not unlimited, it requires considerable investment and it is necessary to take into account nuclear waste and possible accidents,” said Scholz.

NATO-Russia talks on Ukraine have not brought rapprochement

The four-hour meeting of NATO and Russian Council representatives in Brussels yielded no results. It only revealed how dramatically different the two sides’ perceptions of Ukraine are. NATO states have clearly rejected Russia’s demands to prevent Ukraine from joining the alliance and withdrawing its military forces from the bloc’s eastern wing. Russia’s Deputy Defense Minister Alexander Fomin called the level of Russia-NATO relations “critically low” after the talks. NATO chief Jens Stoltenberg said the alliance “must prepare for the real threat of a new armed conflict in Europe”.

From markets and stock exchanges

Inflation in the US is the highest since 1982, yet stocks have risen in price

US stocks strengthened on Wednesday, despite reports that inflation in the US rose to seven percent in December, the highest since 1982. The Dow Jones index strengthened by 0.11 percent. The S&P 500 gained 0.28 percent and the Nasdaq Composite rose 0.23 percent. All major benchmarks in Western Europe also closed trading yesterday. The German DAX increased 0.43 percent. The British FTSE 100 added 0.81 percent. The French CAC 40 rose 0.75 percent. The Dutch AEX jumped 1.03 percent and the pan-European STOXX Europe 600 improved by 0.65 percent.

The Polish petrochemical group PKN Orlen, which also includes the domestic Unipetrol, is preparing to expand abroad. It will also deepen cooperation with Saudi oil giant Saudi Aramco. Orlen will buy 144 filling stations in Hungary and 41 filling stations in Slovakia from the Hungarian company MOL. The Poles will pay 229 million euros for them, about 5.6 billion crowns. The European Commission has also approved Orlen’s takeover of the Polish petrochemical group Lotos. PKN Orlen also signed a long-term contract with Saudi Aramco for the extraction of oil in the amount of up to 337 thousand barrels per day. In addition to Poland, some of these deliveries will also travel to Lithuania and the Czech Republic, the daily Rzeczpospolita wrote.

Volkswagen sales hit its lowest in 10 years in 2021 at 8.9 million deliveries while its German rival BMW saw record deliveries for the year https://t.co/Bs2hmMfZdk pic.twitter.com/VtZlhrQckX

Volkswagen sales were the lowest in ten years last year. They fell to 8.9 million cars. The rival carmaker BMW, on the other hand, reached a record number of sales in 2021.

It will happen today

Dinho, who left Everton due to feud with Benitez, “trusted Gerard and transferred”