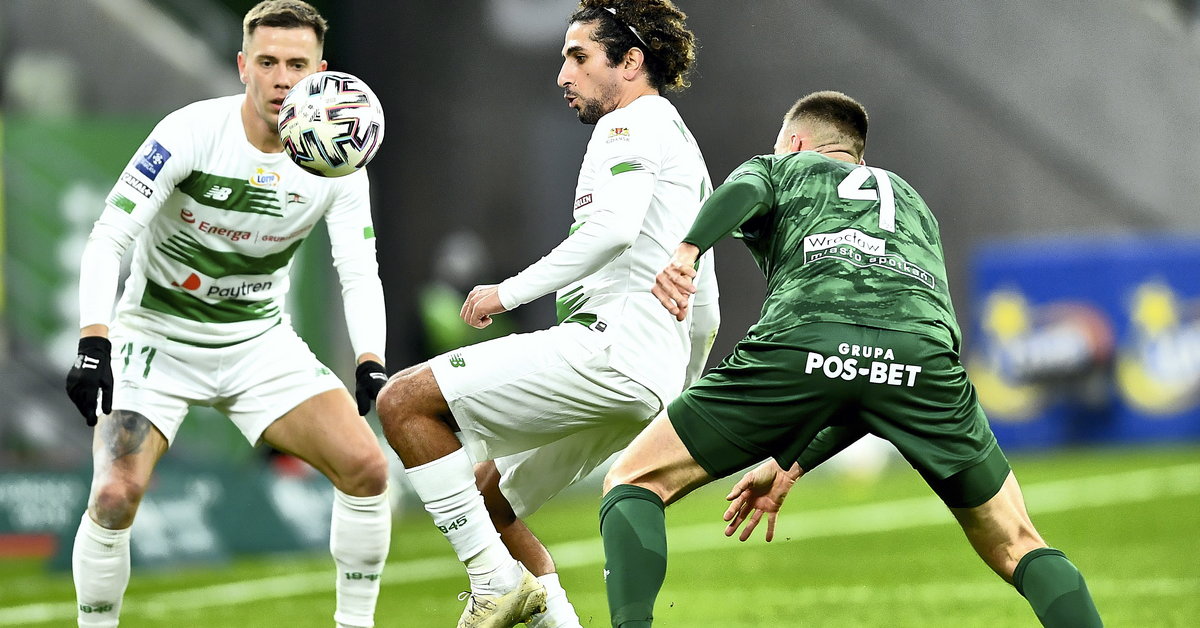 The guests from Wrocław were definitely a better team until the break, but in the second part of the game Lechia reacted accordingly. For a long time, the inhabitants of Wrocław had the right to think about taking even a point from Gdańsk, but the end was with the hosts.

Health is the most important

Lechia’s clash with Silesia was originally supposed to be played before the break for the national team matches. The plans were thwarted by a malicious and invisible rival, i.e. the coronavirus. He is an opponent who has been torpedoing the league struggles for several weeks. Piotr Stokowiec has repeatedly emphasized that the Gdańsk club introduced its own additional restrictions that were to protect the team from infections. However, two away matches to Lubin and Kraków were enough to ruin the plan. Apart from the meeting with the team from Wrocław, the cup match with Olimpia Grudziądz had to be postponed. This resulted in a tight schedule of the White and Greens in recent days. Three matches in six days is a real challenge for the training and medical staff.

– We joined the medical staff of one more doctor, an internist with a specialization in cardiology. We want to best protect ourselves against the effects of the coronavirus. This very well reflects the times in which we operate, but we do not complain, but try to adapt and overcome the obstacles we face. We won the match against Olimpia and I am glad that it was a very good, even game. It was not a walk, but a good rub before the next matches – Stokowiec said before the match.

– We did tests for lung and heart complications, because we want to avoid mistakes. We do not regret it because there are already first conclusions. After the tests, we had to put a few players back to rest – Lechia’s coach explained in front of the Canal + cameras.

Putting together the first eleven for this match, the coach of Biało-Zieloni had to have the upcoming match against Piast Gliwice on the back of his head, which is already on Monday. For the first time in a long time, Jaroslav Mihalik appeared on the pitch. Omran Haydary started the game on the bench and appeared late in the game. In Grudziądz, Jakub Kałuziński took the opportunity. The 18-year-old won a place in the starting eleven.

Also read: The media write about Krychowiak’s quarrel with the coach

Also read: FIFA will choose player of the year, Lewandowski as the favorite

In October, during the aggregate match between Poland and Finland and Italy, the players complained about the condition of the Gdańsk turf. This one has recently been changed to help you play better. Indeed, both teams handled the ball accurately, although the guests looked better from the beginning. – During the break for the national team, we analyzed the season so far. We have been working on improving the condition. Apart from that, we honed what we did well on the defensive, and we practiced mainly on the organization of the game in the offensive – said Vítězslav Lavička before the game. As it turned out, the Czech trainer knew what he was saying. In the 17th minute his team took the lead, but referee Krzysztof Jakubik rightly saw Fabian Piasecki playing with his hand. A moment later Dino Stiglec hit menacingly, but his shot was probably caught by Zlatan Alomerović. The Serb replaced Dusan Kuciak. And less than a minute later he was already pulling the ball out of the net. Silesia carried out a complex action, which was completed by Robert Pich. Previously, Piasecki and Mateusz Praszelik presented a great exchange of applications. The Serbian goalkeeper could have behaved better, but the visitors absolutely deserved the lead, which they kept until the break.

In the second part of the meeting we saw a completely different Lechia. Stokowiec’s players caught the right rhythm, which quickly allowed them to take the lead.

– We have fast sides, we build actions better in the position attack. We want to develop players because our game culture is changing recently. Such Lechia as in Lubin or in Krakow is our direction – the Stokowiec meeting announced.

Conrado did shine. The Brazilian first scored an equalizing goal, and then made a great assist with the goal of Flavio Paixao. The Portuguese scored his 7th goal of the season. When the hosts looked for another hit, the guests unexpectedly evened out. Bartłomiej Pawłowski won a free kick from outside the penalty area, which he turned into a goal. With a precise strike, he did not give Alomerović too many chances. When it seemed that the friendship match would end in a draw, Conrado made himself known again. The midfielder assisted Łukasz Zwoliński’s goal. The 27-year-old entered in the second half and, scoring his third goal in the season, gave Lechia the coveted victory.

The White and Greens had to make up for the losses for the third time in a row. In Lubin they won a draw, but in Kraków with Wisła (3: 1) and with Silesia they managed to score a full set of points. Thanks to the win, Lechia joins the leaders and is ahead of Wrocław by two points.

Do you want us to describe your story or deal with a problem? Have an interesting topic? Write to us! Letters from readers have inspired us many times, and on their basis numerous texts have been written. We publish many letters in their entirety. You will find them all here.