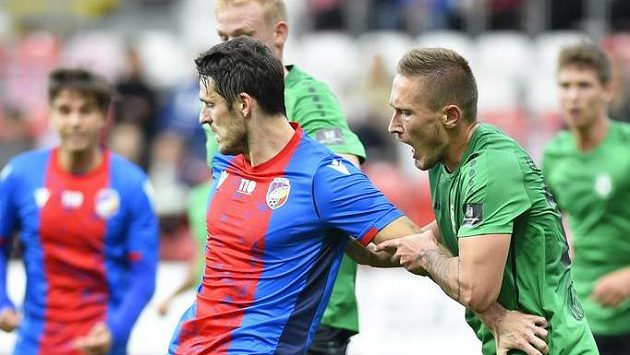 From left: Milan Havel from Pilsen and Mihalio Cmiljanovič from Příbram.

In Jihlava, Arroyo was the first to hit in the 11th minute and Tureček added home insurance in the 56th minute. The ruin of Pardubice was crowned in the 86th minute by Čihák, who received a red card.

“We are, of course, very disappointed with the loss in Jihlava. The development of the match was influenced by the home team’s quick goal, which in my opinion was preceded by a controversial offside position of the home player,” Jiří Krejčí, assistant coach of Pardubice coach, told the club website.

“We also got ahead, but in the pre-final or final phase we solved the situation too hastily, so we came out empty-handed. We fell asleep during the second goal of the opponent and the two-goal loss was hard to catch up this time. Saturday’s league match (with Pilsen), “added Krejčí.

The people of Pardubice have confirmed that they are not doing well in the current season. They have won only one of the eight matches in the league so far and are only in 13th place in the table. Already in the previous round of the cup, Liberec finished after a sensational home loss of 1: 2 with the third-league Zbuzans.

Pilsen opened the score in the fourth minute thanks to Havel, but in five minutes Zorvan equalized. The leader of the highest competition then prevailed over Příbram, but only Šulc was able to score in the 66th minute.

The players of Pilsen are happy with the goal, on the right its author Milan Havel.

See also  E.Bendžius, who fired from a distance without mistakes, organized an impressive three-point fireworks display

The Olomouc team also started well in Vlašim and in the sixth minute Zmrzlý sent them to the lead. Sigma’s players did not add insurance, Hála was close, but the author of six goals in the league season hit the crossbar. The home team got a chance in the 66th minute, Broukal equalized. In the end, the duel was decided by Danek.

The people of Mladá Boleslav in Opava did not admit such a drama. In the first half, Fila and Stránský gave the guests a two-goal lead. Ewerton reacted to Holík’s contact goal from the 50th minute and the fourth goal of Středočechů was added by alternating Hlavatý. Just before the end, the Opava defeat was only alleviated by Kramář.

The next nine matches of the 3rd round are on the program on Wednesday, when, among other things, the defender of the Slavia trophy will present himself in Velvary and Sparta on the Líšeň field.

See also  Deforestation causes insects to lose their wings, how come? page all