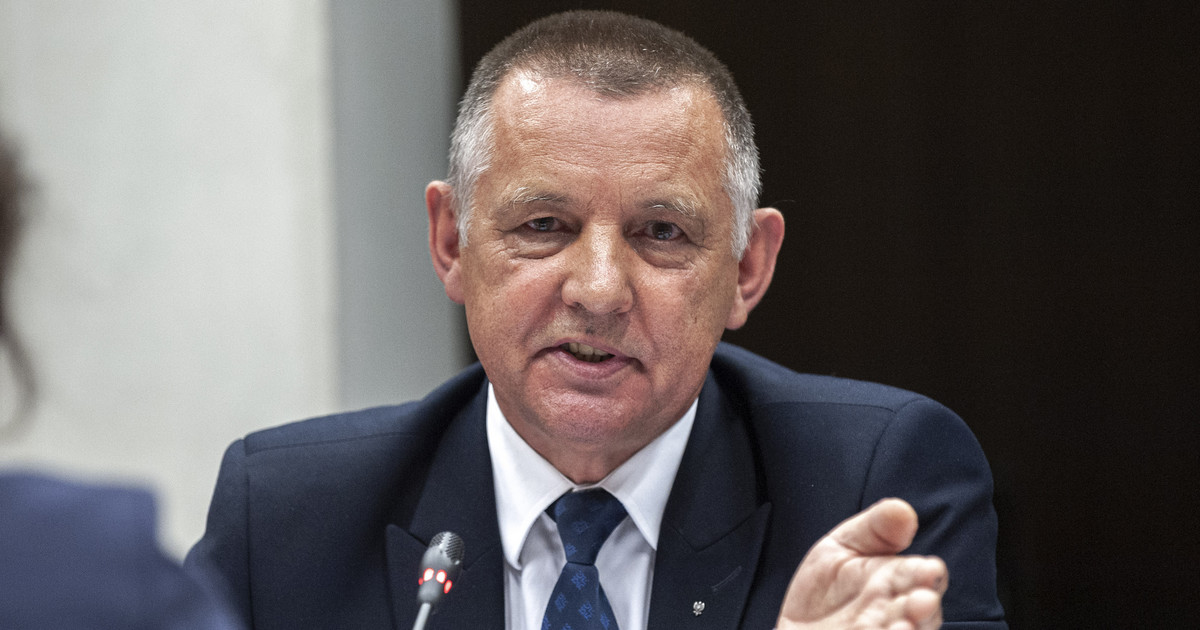 Adam Szłapka, KO, member of the committee for secret services:

First of all, for the sake of clarity, I do not treat Marian Banas as a source of beauty, truth and goodness. He is not a crystal figure, but at the same time he is the president of a constitutional body. He was elected legally, by the votes of the parliamentary majority, and previously he was the minister of finance in the ruling camp, i.e. he held a key position, enjoying the great trust of Jarosław Kaczyński. This means that he knows the mechanisms and principles of the functioning of this power very well. Second, if he says it, there must be some reason and it needs to be investigated. The more that we know that ministers Mariusz Kamiński and Maciej Wąsik have already been convicted once by a court judgment for exceeding their powers. They have hardly turned into angels since then. What Marian Banaś says sounds likely. I believe they really take care of picking hooks in their camp to keep it in check. We have applied for a special services commission with the participation of Marian Banas and we hope that he will come and tell you everything. It will also be a good place for ministers Kamiński and Wąsik to comment on this.

“I am disappointed with Banas”

Jarosław Krajewski, PiS, vice-chairman of the committee for secret services:

I have the impression that this is a defense through an attack by the head of the Supreme Audit Office. I am disappointed with him as one of those people who voted for his candidacy. As a deputy from the parliamentary secret services committee, I have more knowledge on this subject, as do the representatives of other clubs in this committee. We have read the full, classified report of the Central Anticorruption Bureau and at this point I am calmly waiting for the prosecutor’s decision, because it is she who is to assess the conduct of Marian Banas in terms of criminal law. The proceedings have been going on for a long time and there is a question to the Public Prosecutor General at what stage this investigation is. It is only a question of whether, in the opinion of the prosecutor’s office, the law was broken or not.

“This is an open war”

We have an open war on the NIK-government line. The conflict between the controlling and the controlled is natural. NIK has to reveal all irregularities in the activities of the administration, and officials often want to hide them. The report on the so-called envelope elections is a diligent work of the auditors. It was them, not Marian Banaś, who wrote it. Therefore, it is not allowed to look at the conclusions about the prime minister’s responsibility through the prism of the president of the Supreme Audit Office. There are many things in the case of Marian Banas that require a separate explanation. On the one hand, his personal property and the famous tenement house in Krakow, which the services and the prosecutor’s office have been explaining for a long time, and it is puzzling why it is still not finished. On the other hand, I do not believe by chance that on the day of publishing the report, one enters the house at 6am, where the wife of President Banas is … to verify information about the possible suicide of their son. This looks dramatically wrong and raises questions about the instrumental use of state institutions and services. However, life has taught us that, fortunately, sooner or later it will be possible to find out the real intentions of all participants in this game.

The brain implant gives the robotic arm a sense of touch