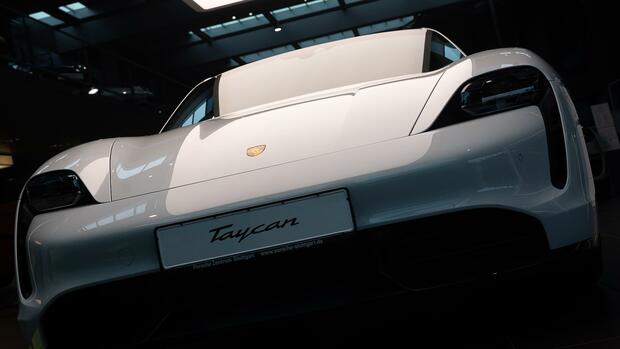 Nonetheless, sales of over 300,000 vehicles are possible for the first time this year – a figure that ten years ago hardly an expert would have thought possible without the exclusivity of the sports car brand being watered down.

The significantly increased demand extended across all model series and worldwide sales regions. The company has not yet provided any information on profitability. With a return on sales of generally over 15 percent, Porsche is considered the Volkswagen Group’s cash cow.

“After an intensive first half of 2021, we can draw a very positive conclusion. Our order books are well filled, “said Head of Sales Detlev von Platen on Friday, but also warned of risks:” At the same time, we are aware of the uncertainties caused by the corona pandemic and the supply of semiconductors. “

Some automakers have already had to cut production. “We are therefore continuing to monitor the overall situation very closely and at the same time maintain our optimistic attitude,” said von Platen.

Taycan on the way to doubling sales

Porsche’s first all-electric sports car, the Taycan, is in increasing demand from customers. With 19,822 vehicle deliveries in the first half of the year, the model is only slightly below the level for the year 2020 as a whole. This means that the youngest Porsche model is on par with the iconic 911 sports car, which was delivered 20,611 times.

However, the Taycan recently made negative headlines because of software problems in the power electronics, because 43,000 models delivered have to be updated in the workshop.

The best-selling model from Porsche is the large Cayenne SUV with 44,050 units delivered – twelve percent more than in the previous year. In second place is the smaller SUV brother Macan, which 43,618 customers (up 27 percent) bought in the first half of the year.

“We are very pleased about the high demand for our sports cars – the increase in our deliveries in the first half of the year is higher than that of the overall market,” says von Platen.

The electrification rate is growing in all regions. In Europe, 40 percent of vehicles are already being delivered as purely electric vehicles or plug-in hybrids. The head of sales sees this as confirmation of the electrical strategy that has been embarked upon. The aim is to increase the proportion to 80 percent by 2030.

The sister company Audi also reported a record for the first half of the year on Friday. The Ingolstadt-based manufacturer delivered 981,681 cars from the beginning of January to the end of June. That is a year-on-year increase of 38.8 percent.

More: These are the ten most popular electric cars in Germany.

See also  Debt against oil in Africa: banks on the front line