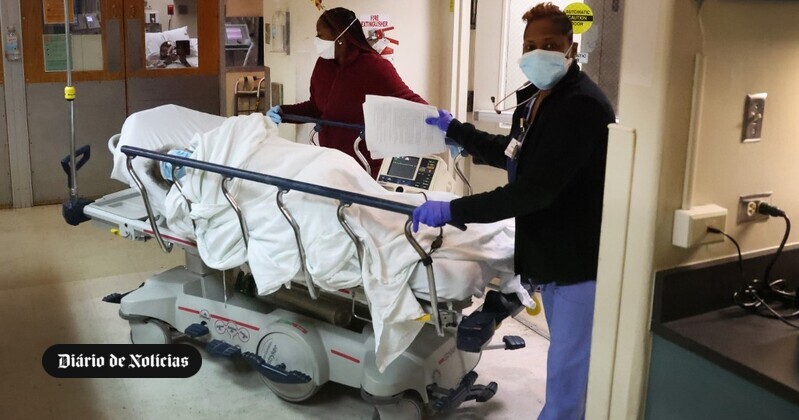 Portugal recorded 2638 new cases and 84 deaths from covid-19 in the last 24 hours, according to data from the situation report of the Directorate-General for Health (DGS) of this Tuesday (15 December).

It is a a rise of 444 new infections compared to the previous day, with a further drop in the number of daily deaths (minus six).

Since the beginning of the pandemic, 353 576 cases in Portugal and 5733 deaths from covid-19 have been recorded.

In the bulletin there is also a record of fewer 48 people hospitalized (there are now 3206) and seven less in intensive care (506).

The northern region once again surpassed the barrier of 1,000 daily cases, reaching 1348 new infections and 36 deaths, which also represent an increase in relation to the previous day.

In the central region, the number of deaths by covid-19 decreased, with 18 declared (minus six), but the number of infections rose to 436 (plus 181).

The Alentejo again counted three deaths, but the number of new infections dropped to 59 (minus 42).

See also  For Trump, the priority is to save the economy (and his re-election)

Algarve and Açores did not register any deaths and accounted for 42 and 44 new infections, respectively. In Madeira, one death and 27 new cases were declared.

There are two more active outbreaks in Portuguese homes. According to the Lusa agency, 25 people are infected with covid-19 in the home of the Association for the Development of the Fat Head, in Lourinhã, and another 22 contracted the disease in Lar Vista da Aldeia Residence, in Salir de Matos, in the municipality of Queen syrup.

In Lourinhã, of the 25 infected, five are home employees and 20 are users who are recovering at the institution, showing mild symptoms. The president of the Association for the Development of the Fat Head, Paulo Santos, refused to provide clarifications to the Lusa agency, but to the local newspaper Alvorada, he explained that the first case arose last week – that of a patient undergoing dialysis treatment at Centro Hospitalar do West, although the source of the infection is unknown.

Two other employees also tested positive for covid-19, which led health authorities to test all users and employees on Sunday. Within the scope of the institution’s contingency plan, users with negative and positive tests were separated by different spaces, while employees with positive test are fulfilling prophylactic isolation at home.

In Caldas da Rainha, the outbreak “was detected on Thursday and 22 positive cases have been confirmed, between residents and home workers,” health delegate Jorge Nunes told Lusa.

According to the same official, it is “a worrying situation, given the high number of infected people” in the home, with about 28 residents, and where “about 50% of the workers and the technical team had a positive result”. Those who tested negative “are in isolation because they are considered risky contacts”.

See also  The murder of President Adamowicz. The prosecutor's office tells about the third expert opinion

The functioning of the home is being ensured by rapid intervention brigades of Social Security and infected and non-infected residents are separated into different wings.

Thirteen entities of the National Health Service (SNS) are part of a total of 103 institutions from 28 countries that were distinguished by the International Federation of Hospitals for the “exceptional services” they provided in combating the covid-19 pandemic.

The International Federation of Hospitals (IHF) designated this Tuesday as a worldwide day of awareness for hospitals and health systems that have provided exceptional services in combating the covid-19 pandemic, it said in a statement.

According to the International Federation of Hospitals, the distinguished entities instituted changes in the provision of health care, from technological innovations in diagnosis and treatment, to the restructuring of workflow systems and doctor-patient interactions.

The Ministry of Health said in a statement that the projects were submitted to tender in the “Response Recognition Program for covid-19”, which recognized actions and responses from health care providers around the world and that went “beyond what is required “in combating covid-19.