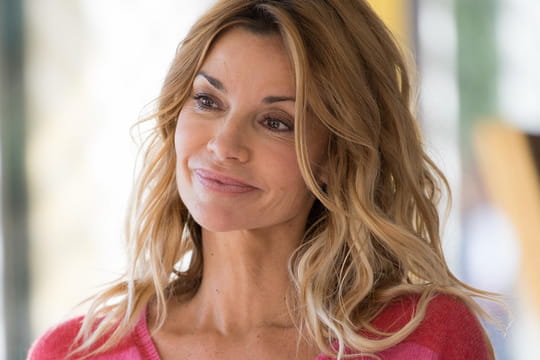 In episode 678 of Tomorrow Belongs to us broadcast on Tuesday March 10, Dafné is found dead in Narbonne and Martin is convinced that Antoine is the culprit. For his part, Maxime tries to wean himself but he is at worst. Discover the summary and the spoilers of the next episodes.

Attention spoilers! This article contains the advance summary of episode 678 of Tomorrow belongs to us from Tuesday, March 10, 2020. Maxime is addicted to drugs and he decided to wean himself. However, the young man is at his worst and he asks Amanda for help. Twenty years ago, Antoine saved Dafné when she was attacked by a police officer. Martin insists on having Antoine arrested for the murder of his father.

Since Pauline was interned in a psychiatric hospital, Luke and Charlie have been living with the Moreno’s. Charlie wanted to ask for her emancipation and she was very insolent towards Betty and Sylvain. In episode 678 of Tomorrow Belongs aired next Tuesday March 10, Luke feels good at the Moreno’s and he wants to stay with them. Charlie promises to make an effort because she does not want to be separated from her brother.

Antoine assumed the identity of Helena’s fiancé because he killed a man more than twenty years ago. In episode 678 of Tomorrow Belongs aired next Tuesday March 10, Antoine decides to tell the whole truth to Helena and Fabien but Rose finds it risky. However, he absolutely wants to talk to Fabien because the young man could develop the same cancer as his father. At Le Spoon, Antoine explains to Helena and Fabien that it was Antoine Myriel who gave him his identity. He even left a letter before his death and the principal gives it to Helena and her son. Helena is grateful that she can finally find out the whole truth about the death of her husband. For his part, Fabien is happy to know his origins and learn more about his father.

Antoine has known Dafné since his childhood and he saved her when she was attacked by a police officer. Martin knows that Antoine is Milo and he knows that he killed his father. In episode 678 of Tomorrow Belongs aired next Tuesday March 10, Dafné is nowhere to be found and no one knows what could have happened to him. Nadine decides to launch a wanted notice in order to find her. For his part, Martin thinks that Dafné has disappeared because she knows too much about Antoine.

Following the new episodes of the series Tomorrow belongs to us every day on the TV program is not always easy and it is also the case for Plus belle la vie. But TF1 has thought of everything and offers fans to find the latest episodes broadcast in replay on your internet boxes but also on its site MyTF1.

If you are never in front of your television set to watch Tomorrow belongs to us live on TF1, you still have the possibility of watching live streaming on the site MyTF1. To do this, you just need to log in via your email or Facebook account and enjoy live on your phone, tablet or computer. And if you missed the broadcast of an episode, you can find in the same place the replays of the episodes recently broadcast no matter what. The world is well done!

Broadcast since July 17, 2017, the series Tomorrow belongs to us is based on a large cast of actors. As for the headliners, TF1 has poached Ingrid Chauvin who plays Chloé Delcourt, the main character of the series. Opposite her, we can also note the presence of Alexandre Brasseur in the role of Alex, Chloé’s boyfriend. But we can also find the singer and actress Lorie Pester in the role of Lucie Salducci, lieutenant of the police of Sète. Also note the presence in the cast of Clément Rémiens who won Dance with the stars 9 at the end of 2018. The series also passes a few scenes in the hospital of Sète where we discover Solène Hébert in the role of Victoire Lazzari, intern in the ‘establishment.