New brands are entering the Czech market despite the problems caused by the coronavirus pandemic. In the Czech Republic, retail stores were closed for 234 days, which is according to the real estate consulting company Cushman & Wakefield the longest in the whole of Europe.

This year’s first half will be the strongest in three years in terms of new inputs. Nine foreign players have entered or will enter the market. There were six of them in the same period last year, and eight the year before. However, this year’s strong year is also due to the fact that some companies postponed the opening last year due to a lockdown. Examples are the aforementioned Primark, Cinemax or the Mr Jeff treatment plant network.

According to consultants, the opening of Primark on Wenceslas Square is one of the largest entries of a major retail brand in the Czech Republic in the new millennium. “The last similarly significant arrival was the opening of the H&M store in 2003, before that, for example, the brands Zara, C&A, Marks & Spencer or New Yorker. In the Czech Republic, Primark will certainly be one of the successful sellers of fashionable clothing and accessories at an affordable price, ”says Jan Kotrbáček, partner and head of the Cushman & Wakefield retail space rental for Central and Eastern Europe team.

The most important arrivals of new retail brands on the Czech market:

This year, foreign players will open their first Czech stores in shopping malls and on the main shopping streets, in an almost balanced ratio. Four of this year’s nine brands are heading for the so-called “high streets” or main shopping streets. Three will open in Prague, one in Karlovy Vary. Five of them will then open their premises in the shopping center – most in Prague, and the Slovak network of Cinemax cinemas in Olomouc.

Fashion chains go mostly to the Czech Republic. The Versace brand opened a store in Pařížská Street in Prague, thus re-entering the Czech market (previously it had a store in U Prašné brány Street). The Slovak manufacturer of socks, underwear and accessories Dedoles, which has been growing rapidly in recent years, is opening its first store in Prague. In 2020, it reached sales of 400 million crowns and sells goods to 600,000 customers in 20 countries.

In addition to fashion, the number of food chains is also increasing. This year, the Polish café network Dobro & Dobro Cafe and also the seller of Japanese desserts Motiko opened their first Czech store in Prague. The trend of popularity in the purchase of home accessories and household equipment is used by the Russian concept Cozy Home.

Other retail brands are also planning to open a store in the Czech Republic this year, again largely fashionable – for example Chanel and Balenciaga. Both brands are heading to Paris. Anson’s, Modivo or eObuv.cz will appear in shopping centers, as well as the Clever Fit fitness center.

See also  Primark is preparing to open in Prague

VIDEO: How to make the streets of Prague more attractive for business people? For example, just remove casinos and pawn shops. 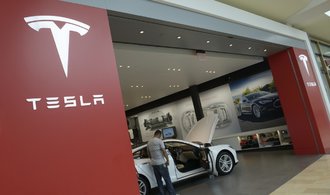