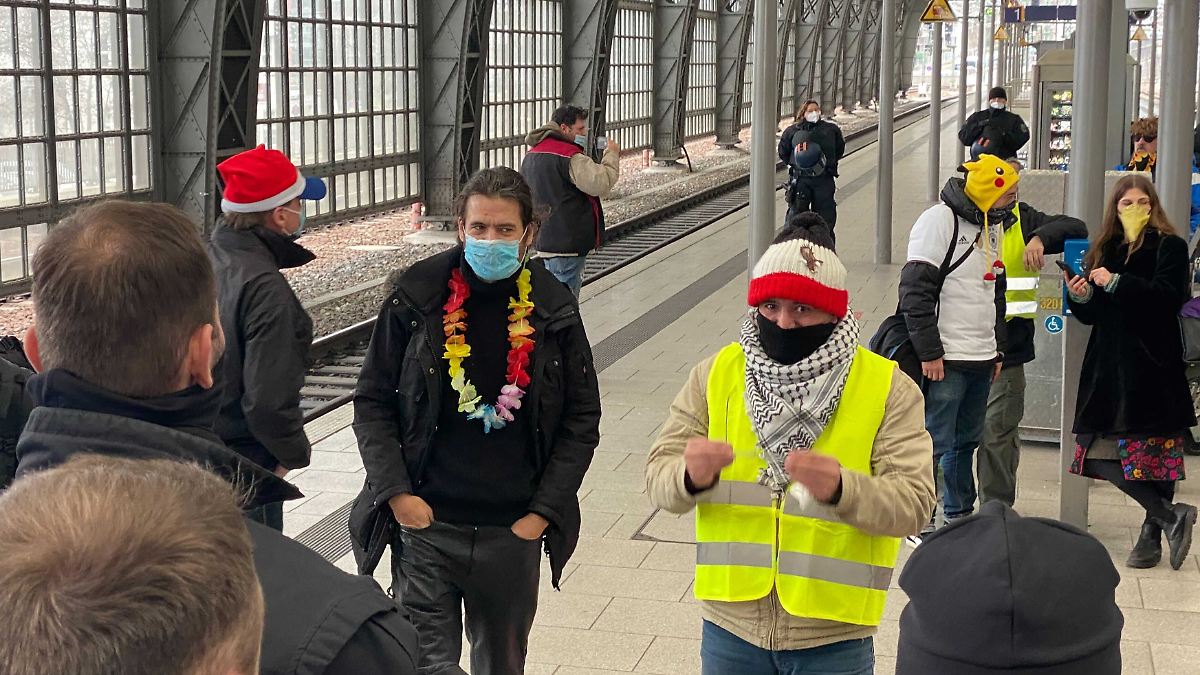 Only a few “lateral thinkers” demonstrate

In both Frankfurt am Main and Dresden, “lateral thinkers” want to take to the streets. But their demos remain prohibited. However, some followers cannot be stopped. The police step in and also threaten the use of water cannons.

Despite the ban on a demonstration against the Corona measures, both supporters of the “lateral thinking” initiative and counter-demonstrators took to the streets in Frankfurt am Main. The city had previously banned the demonstration, and the Hessian Administrative Court in Kassel confirmed the ban. An urgent application by the initiative to the Federal Constitutional Court also failed. The organizers of a “lateral thinking” demonstration in Dresden were also unsuccessful before the Federal Constitutional Court.

Before the Karlsruhe decision, the Hessian Court of Justice justified the decision in the morning with the high risk of infection. In view of the expected number of participants of around 40,000 demonstrators, it was not clear how the required minimum distances in downtown Frankfurt could be maintained. In addition, on the Saturday before the third Advent, “a high number of passers-by who do their Christmas shopping can be expected”. The applicant had not submitted a viable hygiene concept for its meetings and rejected alternative locations offered by the city of Frankfurt.

Two small gatherings with “a handful” of “lateral thinkers” were broken up, as a police spokesman announced. “These were in direct context with the forbidden event”. In the meantime, around 450 counter-demonstrators had met for a rally and started a march from there. The “lateral thinkers” had called on their supporters to come to Frankfurt despite the ban and to register spontaneous meetings.

In the meantime, the mood was charged when both groups met at the main station in the city center, as a police spokesman reported. The officers threatened the use of water cannons, but were able to separate the groups. So far, the spokesman has not been able to say whether or how many arrests there have been. The police were in action with hundreds from several federal states.

The organizers of the “lateral thinking” demonstration in Dresden were unsuccessful before the Federal Constitutional Court, and their urgent application was also rejected. The Upper Administrative Court of Saxony in Bautzen had previously confirmed the city of Dresden’s ban. The Higher Administrative Court came under fire a month ago when it overturned the ban on “thinking outside the box” in downtown Leipzig at the beginning of November.

According to the police, alleged rally participants who had arrived were stopped, two buses were sent back to the motorway and a group of hooligans who behaved aggressively were taken into custody. Administrative offense proceedings were initiated against the 26 men for violating corona measures. According to the police, there were no major incidents and the situation remained calm. A total of 161 referrals were given and almost 300 administrative offenses were punished. In addition, the officers stated that they had committed 25 crimes, including insulting, resisting and falsifying health certificates. A total of 72 people were temporarily held in police custody.

Despite the judicial ban on a large assembly in Erfurt, around 500 people came to the Domplatz, according to police. According to observers, the situation escalated in part when the police tried to break up the unauthorized meeting, which was directed against the state corona measures, and to determine the identities of the participants. The police had previously asked the people several times to leave the square one by one. Many did not follow suit. Instead, a crowd moved a little way into the adjacent Marktstrasse.