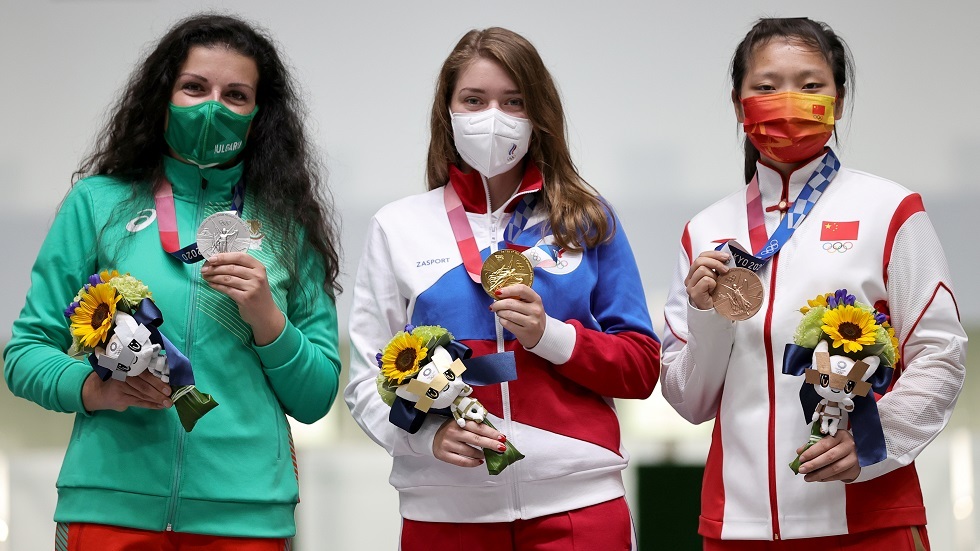 Russian President Vladimir Putin congratulated his compatriot Vitalina Batsarashkina on winning the first gold medal for her country at the Tokyo 2020 Summer Olympics.

And Vitalina Batsarashkina gifted the first gold medal to her country, which is participating in the Olympic Games currently being held in Tokyo, under the banner of the Russian Olympic Committee.

The Russian crowned the gold of the compressed air pistol competition from a distance of 10 meters, with a score of (240.3) points, today, Sunday, leaving the silver medal to the Bulgarian Antoanita Kostadinova (239.4 points), while the Chinese Jiang Rankin won the bronze medal, after she finished third with a score of (218 points).

“I congratulate you from the bottom of the heart on your brilliant victory and the Olympic record. You have faced eminent and experienced competitors with merit and, after fierce competition, won the gold medal at the 32nd Olympic Games in Tokyo,” Putin said.

The Russian President stressed that the victory was deserved and came thanks to the work, talent and dedication of the athlete. He wished Batsarashkina new achievements, prosperity and all the best.

It is noteworthy that Vitalina Batsarashkina, 24, won her first Olympic gold medal in Tokyo, after winning the silver medal at the 2016 Rio Olympics in Rio de Janeiro, Brazil. She also won gold, silver and bronze medals at the 2018 World Cup. In addition to winning the European Championship 2019.