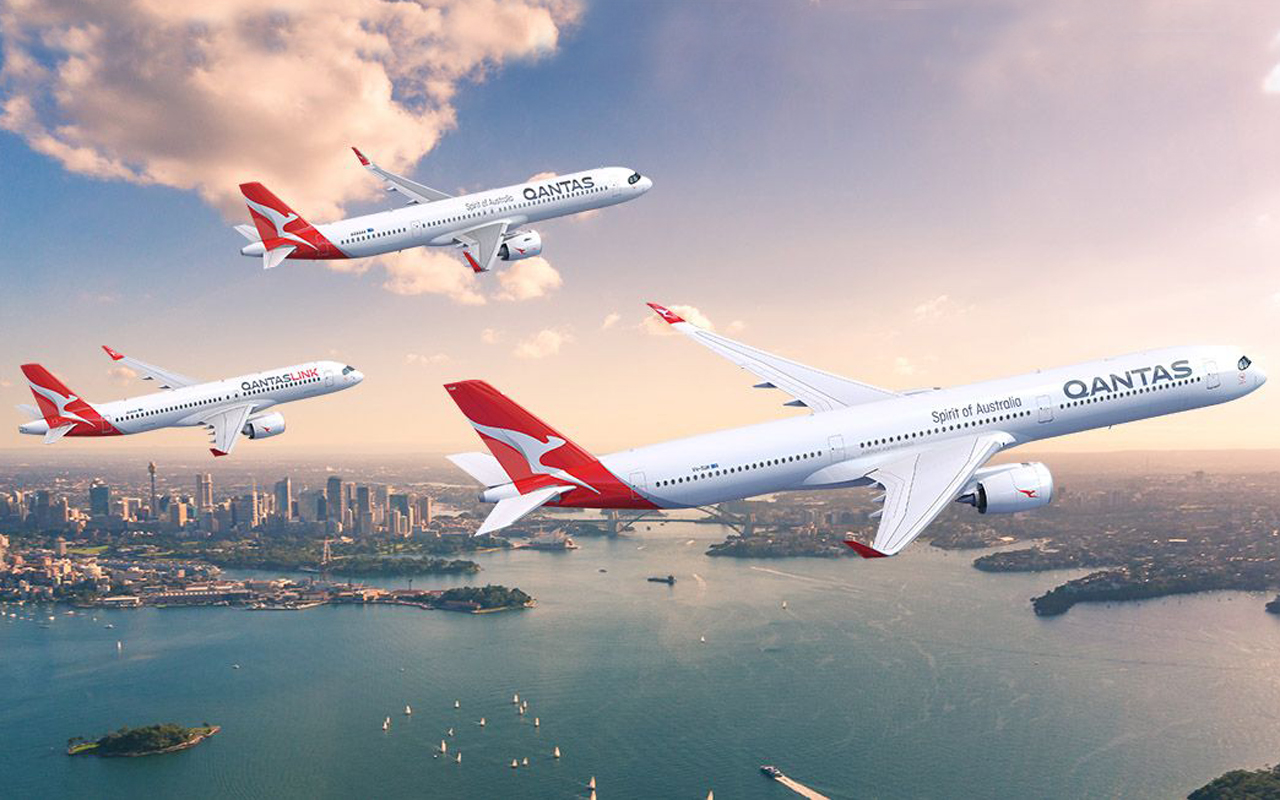 The order was already in the air; In recent days, a prototype A350-1000 containing Qantas has flown from Toulouse to Sydney, and an A220-300 airBaltic has also been loaned to Australia to celebrate the announcement of the order.

With the order, Qantas will largely switch from Boeing to Airbus in the coming years. For example, the Boeing 717s and 737s will be replaced by A220s and aircraft from the A320neo series, while the A350-1000 will take on long haul flights along with the current A380s and Boeing 787 Dreamliners.

Qantas is particularly looking forward to the A350-1000. “Almost every city in the world will soon be directly connected to Australia,” said CEO Alan Joyce. “And that’s fifteen percent less fuel consumption.” At the moment, on the way from Sydney to London, a stopover must be made in Singapore. London can arrive non-stop from Perth, however, with the Boeing 787.

Order and options
The first A220-300 Airbus is expected in 2023, the first A321XLR a year later. The first A350-1000 will join the fleet in 2025. In addition to 52 firm orders, Qantas has taken an option on 94 other devices, which can be delivered over a period of more than ten years. Combined with existing orders, the Qantas Group, which also includes low-cost carrier Jetstar, now has 299 orders with outstanding options with Airbus. Incidentally, it was announced on Monday that Jetstar will replace an order for twenty A320neos with an order for twenty A321XLRs.