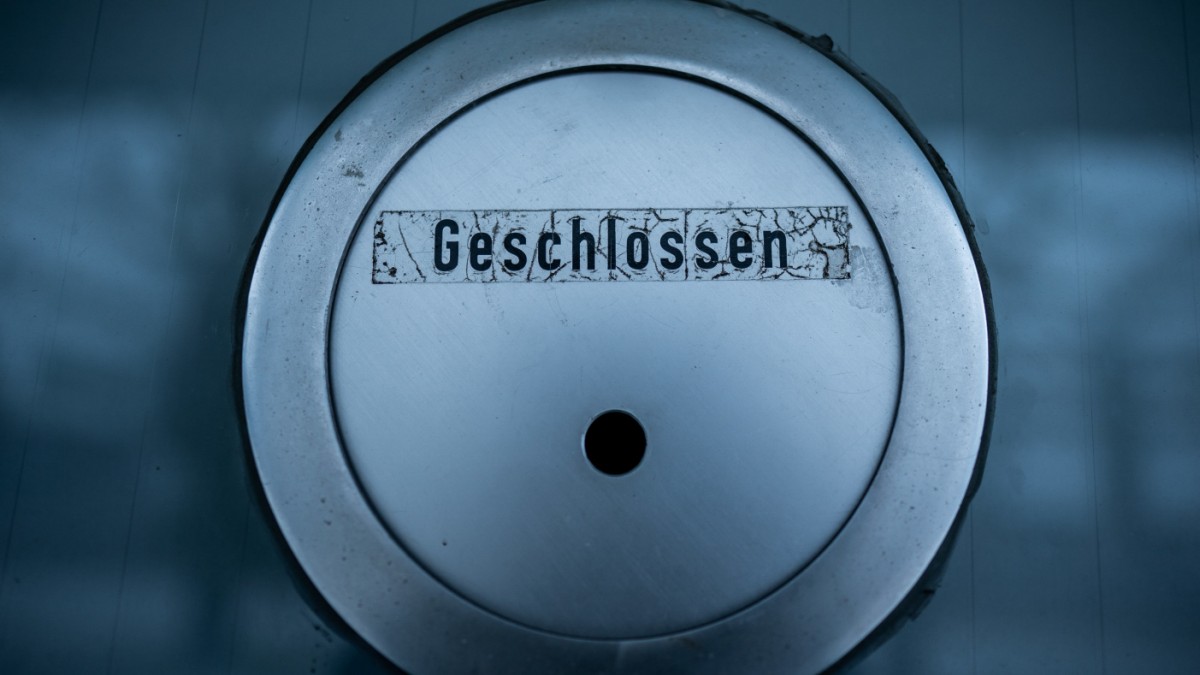 A lot of disinfectants have just been used at the Hypovereinsbank location at Tucherpark in Munich. An employee of a service provider tested positive for the corovirus Covid-19. That’s why his office was disinfected and locked. All colleagues who may have been in contact with him were sent to self-quarantine for 14 days.

A corona virus case in its own workforce is a nightmare for a company. If large parts of the employees are affected – be it by the virus itself or only by preventive quarantine measures – this can endanger business ability and production cycles. In other words, it can be extremely expensive. That is why Germany’s companies are currently working on emergency plans. These are supposed to bring them through the corona virus crisis – and these could also change the working culture in Germany in a sustainable way.

At the Hypovereinsbank, which was now affected, measures to protect against a coronavirus epidemic had been prescribed several weeks ago. All business trips that were not absolutely necessary were canceled, employees who came back from high-risk areas had to work from home for two weeks. If that was not possible, they were given paid leave – but under no circumstances were they allowed to come to the office. However, the bank was unable to prevent an infection among the employees – other companies have so far been lucky.

At Volkswagen, for example, it is said that there is currently no suspicion among the employees. Business trips to China would only commence if absolutely necessary. Employees who are already active in China have been called for special caution. For example, wearing a face mask in China is mandatory for all employees; door handles and elevator buttons are constantly disinfected. Air conditioning systems remained switched off, and meetings were only allowed in rooms that allowed a minimum distance of one and a half meters between the individual participants. After returning from China, the employees work from home for two weeks.

Harder measures are obviously being considered at the VW plant in Emden. The new Arteon Shooting Brake model is manufactured there, so you currently need every employee there. That is why the plant manager announced that all truck drivers would only be allowed to leave the site after a health check – several hundred trucks arrive in Emden every day. There was talk of doctors, paramedics and plant security in two specially set up containers directly at the entrance, which the headquarters in Wolfsburg did not like.

Obviously, you are also excited at Commerzbank: Here, the team has been divided into several teams, half of whom work in the office as usual, the other at an alternative location in the Frankfurt area. This is how they want to make sure that at least one team is still operational if there is an infection.

At the tourism group Tui, whose employees naturally travel a lot, avoidable trips are to be canceled. But not out of fear of infection, as a company spokesman says. Rather, they want to make sure that the focus remains on “managing the current situation around Corona”.

In addition, all emergency measures have one thing in common: The companies now “encourage” their employees to work in their home office. If you don’t come, you can’t infect anyone.

Some companies, in addition to Tui, for example, at the automotive supplier Continental, emphasize that they have been offering their employees alternative forms of work for a long time anyway. So that’s not a big deal, because the work processes have been well established. However, other companies are only now discovering the advantages of the home office in the corona virus crisis. It is “interesting to see” that production and delivery still work smoothly, says Beiersdorf boss Stefan De Loecker. At the locations in particularly affected countries China and Italy, work in the home office is now “the absolute rule”.

With increasing numbers of infections, more and more companies will probably choose this variant – and in many companies at least the technically necessary infrastructure is available. Nevertheless, the presence culture is particularly strong in Germany: Because there may be a lot of talk about home office and mobile work, but many superiors still prefer the possibility of actually being able to watch their employees at work. Will a virus of all things change the enthusiasm for attendance?

In any case, one thing is clear: no one can have their own work done at home. Employees who are concerned about contagion also have to coordinate with their company if they prefer to work at home. There is no legal claim – however employers are obliged to take care of the wellbeing of their people. And that can also mean not ordering them into an office tower with many thousands of employees.

In any case, experts attest that the workplace at home has many advantages for the efficiency of the work processes: Even if you don’t have to travel to work, you can often increase productivity significantly. In addition, the more flexible scheduling increases efficiency. And don’t forget: you can keep your jogging pants on and have your own fridge nearby. It works much more relaxed.