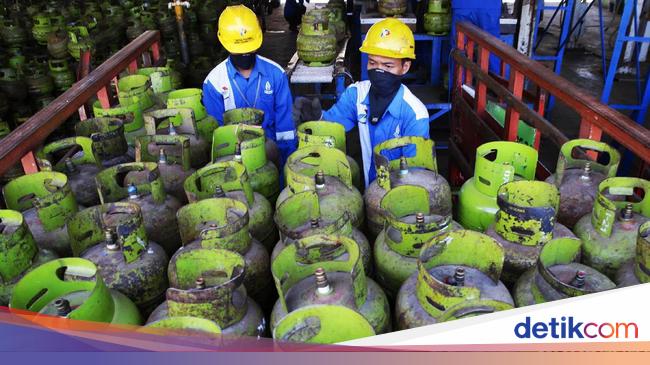 For next year, the government is proposing a 3 kg LPG subsidy of 8 million metric tons.

“In the 2022 Draft State Budget for the 3 kg LPG subsidy, the government will gradually and cautiously seek to implement the policy of transforming the 3 kg LPG subsidy into a beneficiary-based subsidy, that is, the target is in accordance with the target based on the Integrated Social Welfare Data, taking into account the economic and social conditions of the community. ,” said Minister of Energy and Mineral Resources Arifin Tasrif during a working meeting with Commission VII, Thursday (26/8/2021).

Arifin also proposed an electricity subsidy of Rp. 61.7 trillion in 2022. This subsidy refers to the assumption of an exchange rate of Rp. 14,350 per US dollar, the price of Indonesian crude oil or the Indonesian Crude Price (ICP) of US$ 63 per barrel, and inflation. 3%.

Arifin stated that electricity subsidies would be given to the eligible groups. Then, subsidies are given to households in a targeted manner for poor and vulnerable households, namely the 450 VA and 900 VA subsidy groups according to the DTKS.

He said, while the government is doing data matching between customer data and the Population ID.

“While the government is matching the data, between the PLN customer ID and the Population ID number so that it can be synchronized with the status in DTKS,” he said.

The plan to change the distribution scheme for the 3 kg LPG subsidy was also previously conveyed by the Minister of Finance Sri Mulyani Indrawati. He said the government would gradually change the energy subsidy scheme from commodity-based to receiver-based starting in 2022. It aims to provide more targeted subsidies.

“In 2022, the energy subsidy policy will be directed more precisely at the target, through the implementation of a policy of transforming commodity-based subsidies into beneficiary-based subsidies in stages and carefully taking into account the economic and social conditions of the community,” he said at the Plenary Meeting of Government Responses to the General View of the Faction. on the 2022 State Budget Bill and its Financial Note (24/8).

Sri Mulyani said that the gradual reform of energy subsidies applies to subsidies for 3 kg LPG cylinders and electricity subsidies. The government is also looking at opportunities from reforming the distribution of diesel subsidies to a recipient-based basis.

The reference for distribution will be the Integrated Social Welfare Data (DTKS). For this reason, the government will improve DTKS by conducting regular verification and validation as well as building an integrated system with data on target recipients of subsidies.