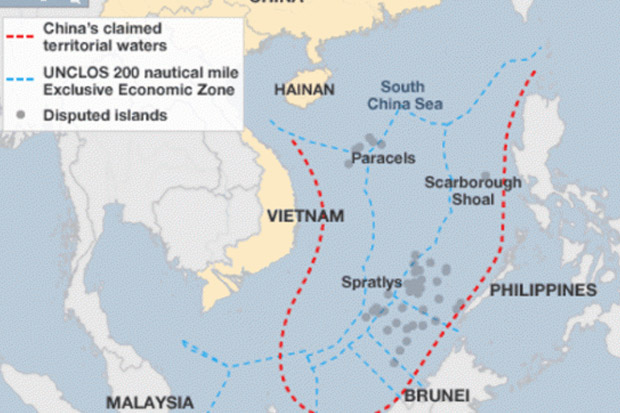 HANOI – Minister of Foreign Affairs China Wang Yi insisted Vietnam to not exaggerate the conflict South China Sea (LCS) in dispute. On the other hand, China warned Vietnam of outside interference.

This was revealed by Wang Yi during a meeting with Vietnam’s Deputy Prime Minister Pham Binh Minh.

“We must value the hard-won peace and stability in the South China Sea and put maritime-related issues in a proper position. (We should) not complicate the situation, (or) escalate the conflict through unilateral moves, and both should be vigilant against interference and incitement from outside the region,” Wang Yi said, according to an official statement.

Read also: China is advised to retaliate against sending warships to US territorial waters

“(We must) send a positive message to the international community that the people of China and Vietnam have the wisdom to manage conflict, and expand the field of cooperation even further.” South China Morning Post, Saturday (11/9/2021).

Meanwhile, according to Hanoi, the two sides agreed to effectively control differences in the South China Sea. They also raised the issue of trade imbalances and expressed concern about the difficulties of border trade related to customs clearing.

Wang Yi’s remarks come about two weeks after the visit of US Vice President Kamala Harris who called on Vietnam to join Washington in challenging China’s “intimidation”.

Read also: Not only warships, US aircraft carriers also maneuver in the South China Sea

The South China Sea has been one of the flashpoints in the difficult relationship between China and the US. Washington has become more assertive in challenging Beijing’s expansive claims in the resource-rich waters, where China has faced rising tensions in recent months with other countries including Vietnam, Malaysia and the Philippines.

See also  The Covid ended our marriage: The couples who separated during the pandemic

Wang arrived in Vietnam on Friday for a three-day visit, as part of his second tour of Southeast Asia this year. He will next travel to Cambodia and Singapore, before making his final stop in South Korea.