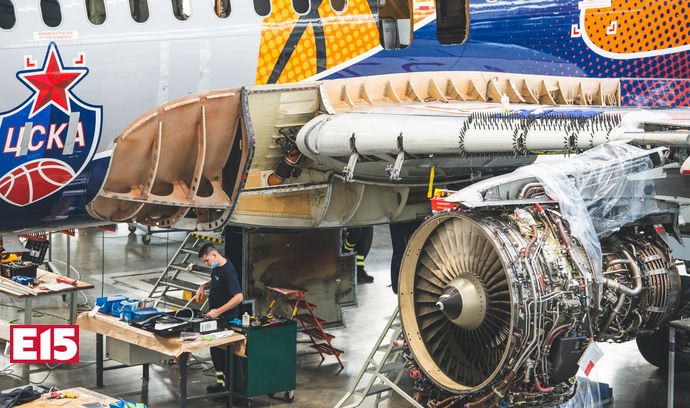 The origin of many of them is indicated by the Russian flag on the snout – Aeroflot with a basketball on its side is far from the only one. Forty planes are waiting in line, including those that normally fly through exotic jungles.

“Indonesia is now parked here, there was also a machine from Colombia. We are waiting for the arrival of planes from Mexico, “said Vladimír Stulančák, head of the local Job Air Technic repair center, in an interview with the E15 daily. He joined the company in October 2019, at a time when not only was the world of wings healthy.

We walk around the hangar and come across dismantled gray seats. It is stacked like an airplane in three places in two rows. “Don’t you want them in the living room?” The operations manager asks. He’s not kidding. The seats have flown too much, you can tell, they’re going to scrap. That’s why they are not covered, which was previously abused by a pigeon flying in a hangar almost twenty meters high. We do not use the attractive offer this time.

“In my previous job, I heard from customers that Tasmanian devils and snakes were boarding planes in Australia, for example. They were everywhere. They found larger spiders on planes in Africa or Iran, “said Stulančák.

An even scarier experience was previously described for CNN by technicians returning thousands of grounded aircraft parked in hot and dry deserts. For example, the Australian airline Qantas stored a squadron of Airbus A380s, the world’s largest airliners, in the Mojave Desert in California. Rattlesnakes could snuggle around the warm tires and poisonous snakes dominate the chassis. Before each inspection, the technicians pounded the machines with broomsticks as a precaution to drive the animals away.

In the desert, at airports and in the hangars of Ostrava, planes were parked at the time when they were flying the least. Paradoxically, the pandemic did not deprive Mošnov of contracts. On the contrary. At Job Air, they sold parking spaces, but above all, they remodeled decommissioned aircraft according to the requirements of new operators. It was the aircraft operators that had changed more often than ever in the past two years, as a wave of diseases rolled in half the world, leaving the other. The planes became hot potatoes, which the carriers tossed as needed. 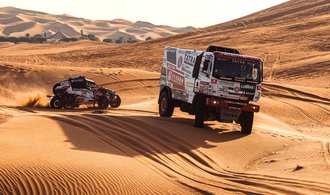 And changing operators is business. “Someone just wants to change the seat cover to their colors or lay their own carpet. Another will order a special entertainment system, Wi-Fi, curtains and so on. Then the work is extended, “explains Stulančák, whose company has over a hundred aircraft a year.

For example, a customer pays hundreds of thousands of dollars to repaint a new user. Major repairs cost millions of dollars, depending on the size of the aircraft and the scope of work.

Last year, Job Air earned 659 million, this year it is approaching eight hundred million, and within a year and a half it wants to break the billion mark. Expansion also helps. In Mošnov, they are considering extending their qualifications to work on chassis legs, or even engines. The company currently has contracts negotiated for less than six months in advance. Nobody knows what will happen next in aviation.

Take a look at the current pictures from the Mošnov repair center:

43 camels disqualified from beauty pageant because of botox | Instagram – AD.nl