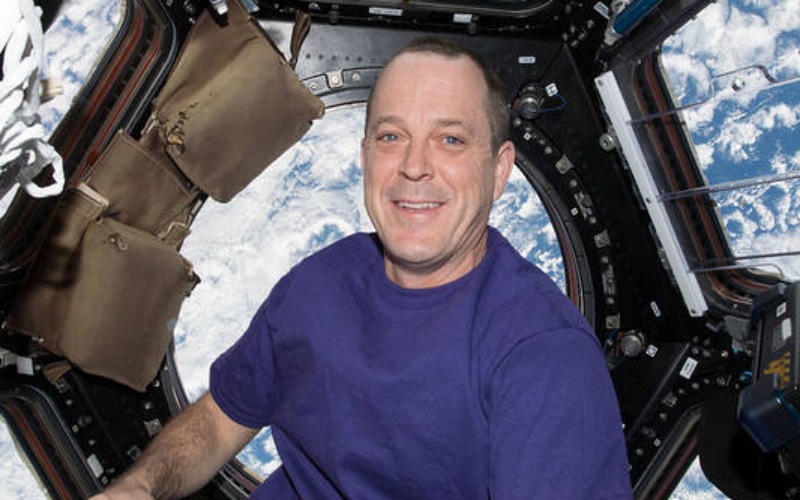 Bisnis.com, JAKARTA – NASA astronaut Ricky Arnold, along with representatives from NASA and the International Space Station (ISS), will participate in a virtual panel on Wednesday, May 26, 2021, to highlight the research capabilities of the orbiting US National Laboratory and share the progress of space research. and technology development.

Arnold, as quoted from the NASA website, Friday (21/5/2021), is a native of Maryland, worked in marine science and as a teacher in places like Morocco, Saudi Arabia and Indonesia before starting his career at NASA.

Selected as an astronaut in May 2004, Arnold has spent 209 days in space on two missions. In 2009, he flew on the STS-119 Space Shuttle Discovery mission, which sent a pair of wings to the solar array that he helped mount on two space trips totaling 12 hours, 34 minutes.

He then served on the space station for 197 days in 2018 as a flight engineer on Expeditions 55 and 56, conducting hundreds of research investigations to benefit life on Earth and learn more about life in outer space.

For more than 20 years, the International Space Station has been continuously populated, enabling more than 2,400 researchers to facilitate more than 3,000 different experiments on a variety of topics, including biology, biotechnology, human health, space and physical sciences, and technology.

Before becoming a NASA astronaut, in 2001, Arnold worked as a math and science teacher. He teaches at the Kuala Kencana International School run by PT Freeport Indonesia in West Papua, Indonesia.

It is not a coincidence that Arnold often uploads photos of Indonesian territory that he snapped from the Space Station.

Like his upload via his official account @astro_ricky on March 30, 2018. He wrote ‘Good Morning Indonesia’ followed by words in English which means “… the place I once called home. Java, Bali & Lombok are all neatly lined up. Lines. The narrow space between Bali and Java is known as the Wallace Line. Alfred Russel Wallace formulated his own theory of evolution based on his time on these islands. “

Selamat pagi Indonesia – a place I once called home. Java, Bali, & Lombok all lined up neatly in a row. The narrow straights between Bali and Java are known as the Wallace Line. Alfred Russel Wallace formulated his own theory of evolution based on his time on these islands. pic.twitter.com/rK8lnmXqQR

Check out the Featured Video Below:

Check out other news about the topic of this article, here: