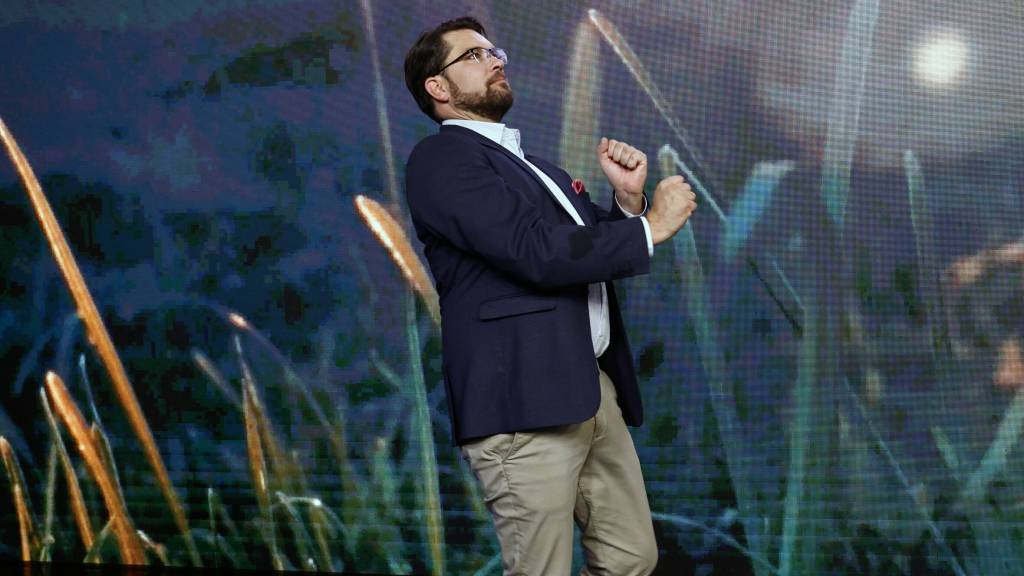 In Sweden, the social democratic government is retiring after eight years. The country continues with a right-wing coalition, with the radical right-wing Sweden Democrats taking a key position.

The last time Sweden experienced such a right turn was September 3, 1967. Day H, the day Sweden changed to driving on the right, and all the chaos involved. Whether the current political change of course also leads to chaotic scene remains to be seen. But it is clear that there is an unprecedented political change.

In Sunday’s elections, the lion’s share of the vote went to the Social Democrats. Prime Minister Andersson’s party received even more votes than in previous elections. The fact that they can not cash in is related to the block system in the country. Before the elections, the parties join a bloc, with a candidate for prime minister.

The bloc with the most seats takes the initiative to form a government. Thanks to the strong electoral victory of the Sweden Democrats, now the second biggest party in the country, that is the right-wing bloc. So the Prime Minister candidate Ulf Kristersson, leader of the Moderate party (lost on Sunday) can start with the formation of a new cabinet. Because the Sweden Democrats are not yet welcome in Vak K.

In this right-wing bloc, the Sweden Democrats are an oddity. Because the founders of the 1980s adhered to neo-Nazi ideas, the party was an absolute no-go for a long time. After the charismatic Jimmie Åkesson took office in 2005 as party leader, they entered parliament and grew in each election, but a real breakthrough was not forthcoming. Partly because of the sanitary cordon against the Sweden Democrats: no other party wants to even consider cooperation.

This year’s election campaign changed that. It revolved around tackling gang violence and integration issues, hobbyhorses of the Sweden Democrats, who emphatically associate the issues with the country’s generous immigration policy. The fact that even the Social Democrats did not shy away from strong statements about migrants made the speech of Åkesson’s party more legitimate for the voters: the party was less daring than before to speak clearly against the party.

Unlike the previous elections, the Sweden Democrats became a realistic option. A vote for the party was not by definition a protest vote, but it could well lead to different policies.

They mostly got this idea outside the big cities – like in the middle of the country. The party won many votes there. Until recently, this was the territory of the Center Party, which had a large base of agricultural support. The Center Party has alienated these voters in recent years by focusing more on urban areas. This was precisely when gang violence spread throughout Sweden and was no longer limited to the cities.

Because the Center Party is part of Andersson’s left-wing bloc, voter movements count double: the seats lost by the left-wing bloc went to the Sweden Democrats in the right-wing bloc.

But although the Sweden Democrats are eager, winning the seat does not mean that they will actually rule. Apart from the similarity in the course of the campaign, all the parties again spoke against the participation of the kesson party in the government. So is Kristersson’s moderate. He is silent on a possible construction of tolerance, but says that the leader of the right-wing conservative party has already invited the other leaders of the right-wing bloc, including Åkesson, to lunch on Monday.

The question now is what commitment the parties will take in exchange for support from Åkesson. As the biggest on the right, the Sweden Democrats have a lot to say. In any case, what is coming is a tougher approach to crime and a tougher asylum policy. With his election win, Åkesson wants to at least see these demands met.

In other areas, rapprochement is more difficult. For example, the Sweden Democrats are oriented to the left on economic policy and the party advocates a strong welfare state. This is diametrically opposed to Kristersson, who in the campaign also called that the welfare state ‘makes you lazy’.

They have to come out in the near future. With only a few seats between the two blocks, Andersson is already on the fence. When he tendered his resignation this morning, he immediately offered a helping hand. If Kristersson cannot reach an agreement with the Sweden Democrats, ‘the door is still open’.

Suddenly a rainbow appeared on Sumanta’s site: “He can go home now”