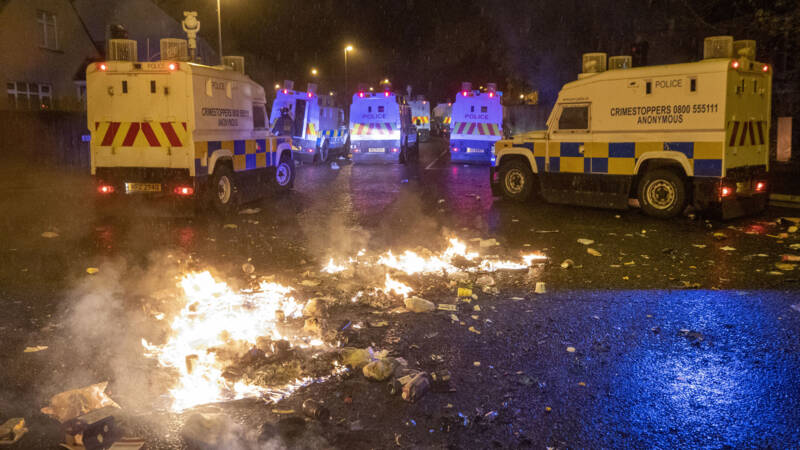 The new customs border across the Irish Sea is not the only thing causing unrest in the Protestant Unionist community. Protestant rioters have also focused their anger on Northern Ireland police chief Simon Byrne in recent days. This has to do with the funeral of former IRA leader Bobby Storey, which last year attracted 2000 people and where politicians from the republican party Sinn Féin were also. No one adhered to the corona rules and the police did not intervene.

The unionist parties have called on Byrne to resign because their confidence in him has been damaged.

Years ago, the foreign newspapers were full of reports of tensions in Northern Ireland. But since the 1998 peace agreements, that has been a lot less. “That gives the impression that it is quiet, but that is not the case. Every year there are riots with the police, the Protestants and Catholics continue to harass each other,” says Van der Horst. “Violence has never completely disappeared here.”

In recent days, mainly young people took to the streets. Ten rioters have been identified, including two children aged 13 and 14. According to Arlene Foster, leader of the Democratic Unionist Party (DUP), the youth are “frustrated by last week’s events”. Yet she urged them not to do things that would destroy their own lives, the BBC writes.

In turn, the Sinn Féin party accuses the DUP of having “fed the young people with misinformation and lies”. This would make them think that their identity is under threat, while that is not true according to the republican party.

It doesn’t stop, more snow is on the way – De Gelderlander