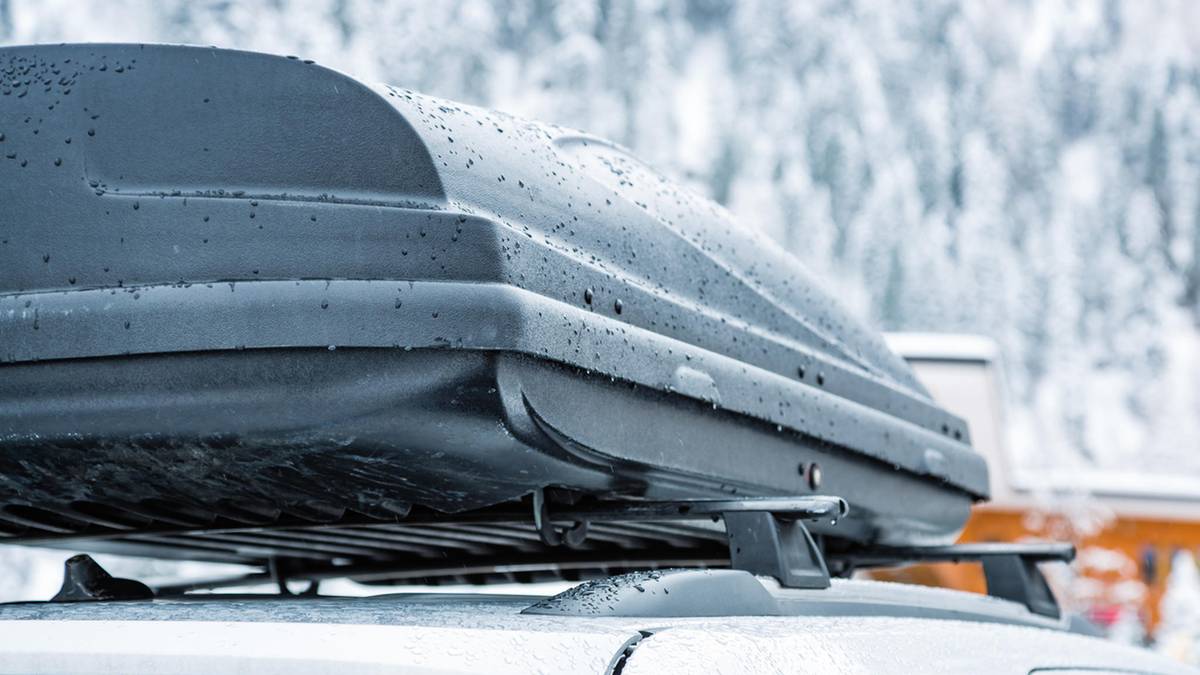 Only the roof boxes were assessed in the test, and they are only part of a system. A roof box is nothing more than a large plastic box – it never stays on the roof alone. For this you need a set of so-called cross members. This means that when buying a new item, not only the box needs to be paid for, but also the costs for the carrier. A box can be used for more than ten years. But when changing the vehicle, the old cross members usually do not fit. This also makes it almost impossible to lend a box. It would be more of a coincidence if your cross member fits the borrower’s car.

No roof box without cross bars

In principle, various structures can be placed on the crossmember. The box in winter, bike rack in summer or a rack for surfboards. But actually the assembly of the superstructure on the carrier is usually fiddly, and with changing superstructures it also becomes very difficult to cover the gaps in the crossmember again and again with rubber profiles. You have to do this because the wind noise increases to a howl.

In short: Most of the beams are screwed tightly to a box.

The handling of the box is also evaluated in the test, but the handling of the cross member is more important. You have to bring it together with the box to the roof of the car without leaving scratches and then fix it to the fastening options of the roof. This problem – and it is a problem – bypasses the test.

Only large boxes are in the test, even if – as usual – the content is cheated again. One manufacturer even sealed 80 liters. Four out of ten boxes tested scored “good” in each sub-discipline. The other boxes are out of the question because the price difference is too small to accept a worse product.

The test winner was Thule Motion XT L for 590 euros. She got the grade 1.9. The testers particularly liked their handling. The box can hold 455 liters. It can be loaded with 75 kilograms, like all well-thought boxes. The cut in the crash test Cameo Oyster 450 even better, overall it was only enough for second place (2.1). This box costs 630 euros and 430 liters go into it. The Atera Casar L also did well for 420 euros and the Hapro Trivor 440 for 450 euros. As mentioned, the price for the cross members adds up. A couple of simple straps like that Thule 795 SmartRack cost about 130 euros.

The Kamei Oyster is interesting if you don’t want to use the cross member only for the box. The Kamei box is fastened with a clamp system and is therefore the easiest to remove. A payload of 75 kilograms sounds good, and in fact that’s a lot – enough for four pairs of boots and skis. But to the content add the weight of the box – about 20 kilograms – and the cross member with about 5 kilograms. And all of this must not exceed the vehicle’s roof load.

But only a few cars offer 100 kilograms and more. The value of the VW Sharan is 100 kg, but 70 kg are not uncommon either. The four best boxes can be opened on both sides, which is actually essential. The load should be secured in the box with lashing straps. A box failed in the crash test, even though the impact speed was only 30 km / h. All the boxes opened, but most of the belts held the skis back. Even the better boxes should not be able to withstand a serious accident on the motorway or country road. You should allow for about 1.5 liters more consumption while driving.

A roof box is a well-known way of transporting more luggage by car. But it also has disadvantages: one is size. The box must be placed outside the holiday season. If you don’t have a basement or garage for it, all that’s left is a rental box.

The other is the height. Because the box is built on top of the car. With a sedan or a station wagon this is still not a problem, but not with an SUV or a high-roof combination like the Berlingo or even a bus. Problem number one: you can usually no longer drive the box in underground garages. In many countries, open-air parking spaces are also gated to prevent motorhomes from entering. They can’t get through there either. Problem number two: they are not big enough for their box. The higher the car, the harder it is to mount the box on the roof. But packing and unpacking also becomes a challenge. Tip: There are steps that you can hang on the doors.

The assembly and disassembly of a box is no small matter. In our opinion, it can only be accomplished by two strong adults. You can avoid scratches by covering the critical areas on the roof with towels. If your vehicle is tall and has a towbar, you should take a look at a rear box like the Thule BackSpace XT. It is mounted on the coupling behind the vehicle. Installation and assembly are much easier, the box is also more accessible. However, there is less going in, most skis are likely to be too long.

You can do the whole test for a fee here members.

Assemble the roof boxes correctly and load them safely

ADAC tests bike racks – many are expensive, but only a few are good