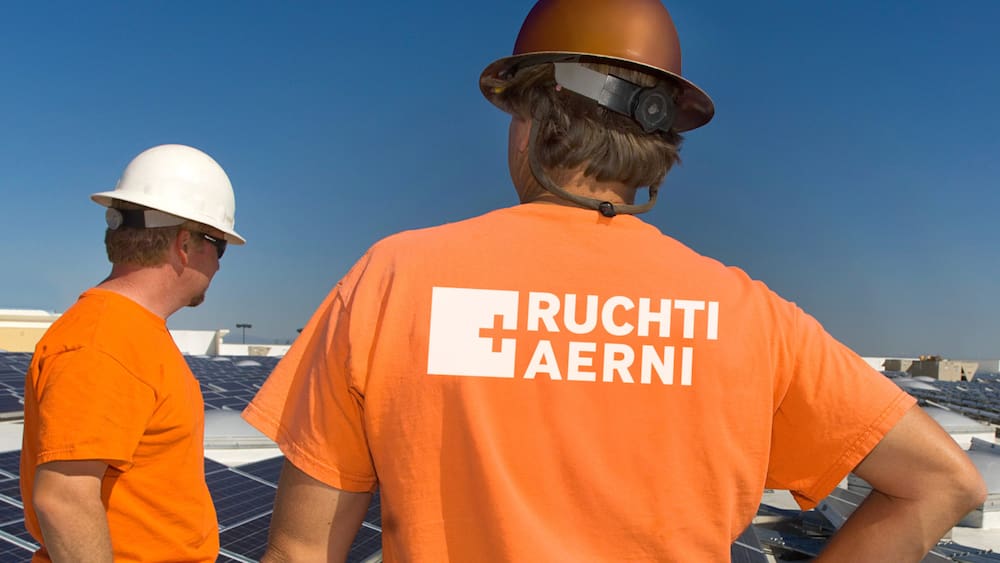 The February wage is paid. What is coming in March is unclear. The Thun window and metal manufacturer Ruchti Aerni is broke. 220 employees are affected. It is the third bankruptcy of a window manufacturer within a short time. The St. Gallen company Swiss Windows deposited their books last week. Favorol Papaux was in need in the canton of Friborg.

Three companies with financial constraints, three mass layoffs, around 500 people suddenly without a job. The start of the year was promising. The order situation at the Ruchti Aerni company was good, as the window manufacturer Daniel Gugger (47) says to BLICK. Orders worth CHF 1.6 million were on the table in January, according to the mid-forties, who have been with the company for almost a decade.

The problem: the margin is missing. At Ruchti Aerni. With Swiss Windows. At Favorol Papaux. Actually with all window manufacturers. Even with the top dog Ego Kiefer, which would probably no longer exist if it were not part of the Arbonia group. The company fired hundreds of employees in Switzerland in 2015 and moved numerous activities abroad.

Family business in the second generation

“The prices are in the basement,” explains Daniel Ruchti (45) the need for window manufacturers. He is the managing director and owner of the youngest victim. “Difficult conditions prevail in the market for plastic windows in particular,” says Ruchti. The customers are no longer willing to pay for services such as planning, project planning and support. The competition from Europe offered cheaper. The bottom line is that there is not enough left for Swiss companies.

Ruchti is the second generation to manage the company. His father built the company in the 1970s. When Ruchti took the helm, 20 people were paid. The customers came from the region. The son expanded the business. He has built up new locations and branches of business. In Skopje, Macedonia, Ruchti built the first international branch to reduce costs. In 2017 he bought the company Aerni Fenster AG. To counter the price pressure with a higher production volume.

Ultimately without success. All that was left was to go to the judge. The books are deposited. An investor was not found. There was also no sale. All options were on the table, after all, it went bust. “The bankruptcy means that my life’s work is coming to an end,” says the entrepreneur.

Has the company taken over? Ruchti says no. “With the purchase of Aerni Fenster AG, we achieved all of our goals,” he says. The integration was “demanding, sometimes bumpy”. But it is not the main reason for bankruptcy.

“The problem is overcapacity in the European market,” says Ruchti. The misery was already apparent in the zero years. Subsidies from the European Union would have resulted in certain companies from Eastern Europe becoming unrivaledly cheap. As a result, prices fell across the European market. The first bankruptcies occurred in Germany. Switzerland is now feeling the effects.

Ruchti has informed the employees at the three locations Gwatt BE, Arisdorf BL and Oberriet SG about the closure. In Berne and in the Basel area, he personally addressed the employees. In Eastern Switzerland, because of the distance, only by phone. He has met with much disappointment everywhere. But also for understanding and recognition.

The long-standing managing director was valued by the employees, as a visit from BLICK to the headquarters in the Bernese Oberland shows. The employees liked to meet for a beer on Fridays. They played table football together. The mood at the base was good. With the squad too. Management has remained virtually unchanged over the past decade.

The situation at Swiss Windows is completely different. Various hand changes have led to wear of the squad. This fueled the misery even more. An IT problem was added. And the poison cocktail was brewed.

Despite all the differences between the two window manufacturers. The consequence remains the same for both. The employees lose their jobs. After all, almost six of Ruchti Aerni’s apprentices are already under contract with a new company. And some of the older employees can save themselves in early retirement.

When will we have a coronavirus vaccine? Human trials will begin in April