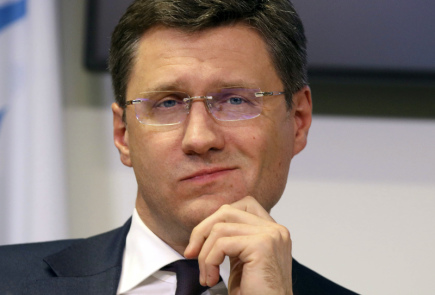 MOSCOW – Oil supplies via the Caspian Pipeline Consortium (CPC) could stop for up to two months as a storm dams the Black Sea terminal’s dock. Russian Deputy Prime Minister Alexander Novak said this today. The pipeline transports about 1.2 million Russian and Kazakh oil a day on the Black Sea coast. This corresponds to about 1.2 percent of global oil demand, Reuters reported.

Novak also said today that global oil reserves are now declining. He predicted that global demand for oil would increase by four million barrels a day this year. Russia’s deputy prime minister also warned that global energy markets would collapse if sanctions on Russia’s oil and gas were imposed.

The European Union is considering extending anti-Russian sanctions to oil and gas. The United States and Britain, which are less dependent on supplies from Russia, have already taken steps to ban Russian oil imports.

Following the launch of the Russian attack on Ukraine, Germany blocked the commissioning of the new Nord Stream 2 gas pipeline, which was to bring natural gas from Russia to Germany along the Baltic Sea floor. According to Novak, this step shows that Germany does not understand the situation on the energy market. In addition, according to him, such a decision will lead to further inflation growth.