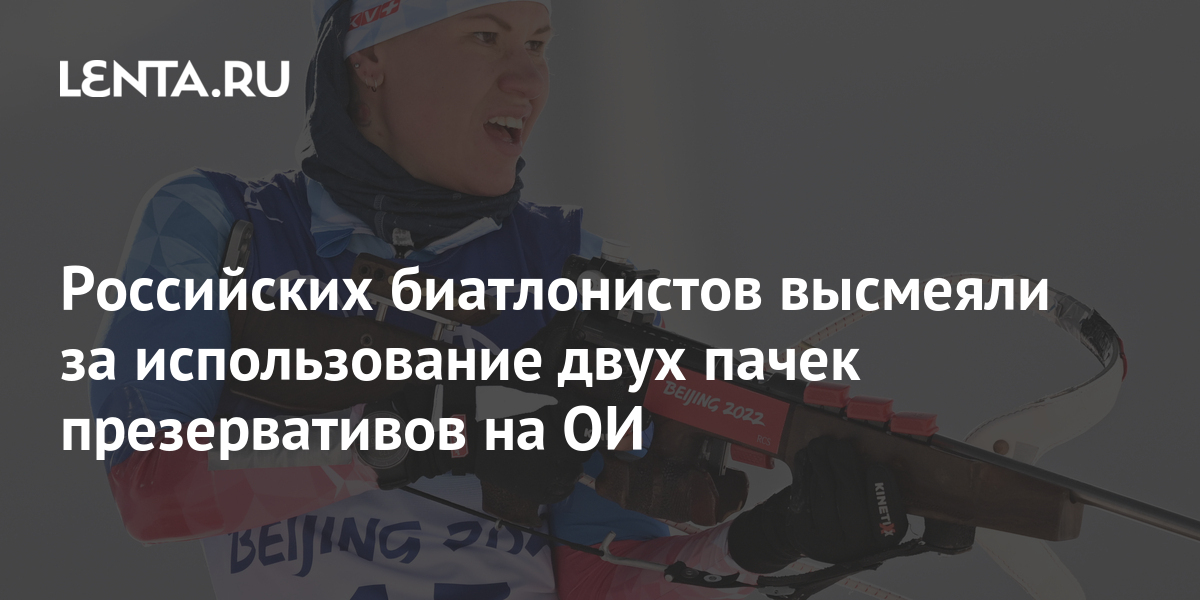 Russian biathlete Kristina Reztsova ridiculed teammates Karim Khalili and Daniil Serokhvostov for using condoms donated by the organizers of the 2022 Olympics for jokes. Her words are quoted by Match TV.

Reztsova said that the athletes took two packages of contraceptives to the Olympic Village in Beijing. “These two children from kindergarten… Have not grown out of this age. You go in, and they have Coca Cola condoms hanging on the clothes dryer, ”she said. When asked by a journalist about the reasons for their actions, the biathlete replied that children at the age of 13-14 can drop condoms filled with water on the heads of passers-by.

Russian biathletes won four medals at the Beijing Olympics – one silver and three bronze. On account of the 25-year-old Reztsova, silver in the women’s relay and bronze in the mixed, and 23-year-old Khalili became the bronze medalist in the men’s relay.

In December 2021, Russian biathlete Svetlana Mironova spoke about the value of victories. The 27-year-old said she would choose a year without sex over a year without medals.