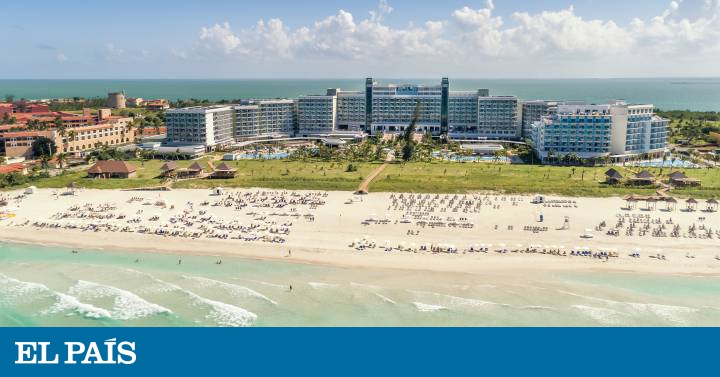 The sun and the beach, and even more so the 23 kilometers of sandy beaches of Varadero, are once again the jewels of Cuban tourism in these times of pandemic. The covid-19 has left most of the foreign clients in their homes and about 85% of the Cuban hotels closed, but a year of forced rest has helped nature and the beaches to regenerate, while some of the most emblematic hotel facilities of the famous Cuban resort have been able to carry out major repairs.

Years ago, when no one could foresee what was coming, the island had made a strong commitment to diversify tourism and promote the values ​​of its heritage cities.

In addition to having hundreds of kilometers of pristine beaches and keys, Cuba is the country in the Caribbean area that has the most historical centers, fortresses and landscapes included by UNESCO in its world heritage list. Havana, Trinidad, Camagüey, Cienfuegos or Santiago de Cuba are some of the cities with the richest heritage, and in them the most important foreign hotel chains have been opening establishments in the last decade.

But the restrictions imposed by the epidemic, which advise reducing city tourism to prevent infections, have made Cuba return to the sun and beach and bet on its consolidated tourist centers, in which health and health security have now become in attractions as important as coconut trees, white sands and emerald waters.

The leading hotel chain in Cuba, Meliá Hotels Internacional, which manages one out of every four four- and five-star rooms in the country, is an example of where the shots go. Meliá manages more than 30 hotels on the island, of which only seven are currently open, the Meliá Habana, in the capital, four in Varadero and two in Cayo Coco.

With 23 kilometers of beach and 52 hotels, Varadero beach is the most famous in Cuba and the one with the most history, and for years it has been selected by TripAdvisor among the best in the world. Before the crisis, about a million tourists visited the resort a year, most of them Canadians, Germans, Spaniards and also Latin Americans and other citizens of the European Union, although now things have changed.

In these times of lean cows, Meliá, Iberostar and the main hotel groups on the island once again openly bet on Varadero and the northern keys to recover the tourist pulse. The beaches are better than ever, the renovation of some facilities is remarkable and, like wild cards, the Cuban sun and beach offers anti-virus security protocols that are difficult to match – in all establishments there is a doctor, a nurse and a technician on duty. epidemiology—, in addition to the guarantee of the Cuban health system and the light on the horizon that supposes having two own vaccines in phase III of clinical trials —Soberana 02 and Abdala—, with which it is hoped to have more than half vaccinated of the population before the end of the summer.

With all these wickers, Iberostar has already opened three of the seven hotels that it manages in Varadero, and Meliá 4 of the 12 that it has in the spa. Together with the Sol Varadero Beach and the Meliá Peninsula, this chain maintains its activity in the two most emblematic hotels in the area, the Meliá Internacional and the Sol Palmeras, first built as a joint venture -in 1990- and in the process of total renovation. Also in Cayo Coco and Cayo Guillermo, both chains have begun to reopen establishments.

There is a big news. Right now, with Canadian tourism on standby and Europe as well until summer arrives, the Russians are the main customers. An average daily flight arrives from Moscow, about 20,000 travelers a month, and in view of this reality, Meliá has already hired Russian translators and offers traditional dishes from the Eurasian country in its restaurants, in addition to including Cyrillic versions on the menus. The other day, a veteran director of the Mallorcan chain welcomed a group of enthusiastic Muscovites at the foot of the lobby: “Добро пожаловать”. It is what it is, and nothing like knowing how to adapt.