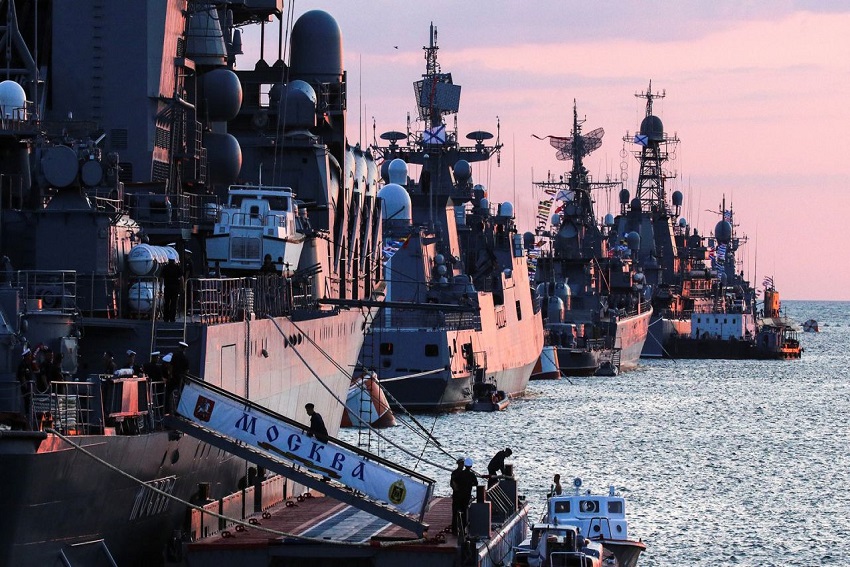 Britain’s Ministry of Defense says Russia’s Black Sea Fleet is in danger after Russia’s attack on the port of Novorossiysk. Photo/REUTERS

LONDON – The British Ministry of Defense said the Black Sea Fleet Russia now in danger after military Ukraine attack the port of Novorossiysk in Krasnodar.

In its daily intelligence update on the Ukrainian war, the ministry discussed the apparent attack on Novorossiysk that was reported by various Ukrainian and Russian media on November 18, 2022.

A ministry intelligence report last September said Moscow’s military was forced to move its Black Sea Fleet from the Crimean Peninsula to Novorossiysk in the Krasnodar region following a Ukrainian incursion deep into the peninsula.

Britain’s Ministry of Defense said Monday that Russian commanders were likely to be concerned about the threat to the Novorossiysk-based amphibious landing fleet.

“These ships are relatively vulnerable without escort and have taken on a more important role in supplying Russian troops to Ukraine since the Kerch bridge was damaged in October,” the British Ministry of Defense intelligence update note said, as quoted. NewsweekTuesday (22/11/2022).

That was in reference to last month’s explosion that caused a partial collapse of the main bridge connecting Russia to Crimea. The attack damaged an important supply line for Russian forces. Ukrainian officials celebrated the explosion but did not claim responsibility.

The UK Ministry of Defense intelligence update notes that although the full details of the Novorossiysk incident have not yet emerged, any demonstration of Ukraine’s ability to threaten Novorossiysk is likely to represent another strategic challenge for Russia’s Black Sea Fleet.

The storm is not over! HP Will Fire 6,000 Employees