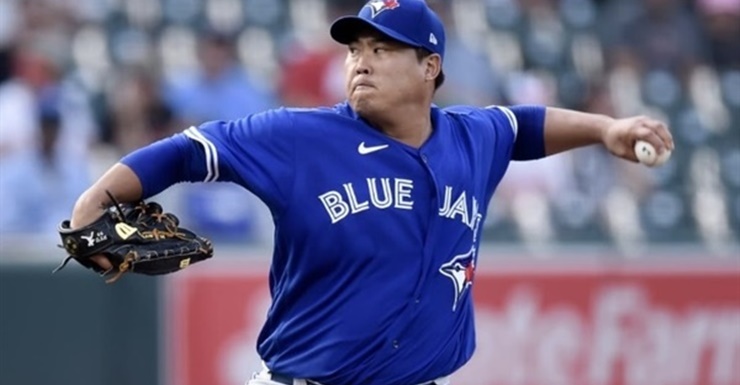 Ryu Hyun-jin (Toronto Blue Jays), who has been in the worst slump this season, was eventually placed on the injured list.

The MLB official website announced on the 20th (Korean time) that Ryu Hyun-jin was placed on the 10-day injured list. It is the second time this season after being placed on the disabled list with a right hip injury in April.

He said, “It’s not a serious injury, but I’ve decided to take some time to reorganize to recover my perfect body condition without overdoing it.”

As a result, Hyun-Jin Ryu missed the Tampa Bay Rays match, which was scheduled to start on the 23rd. If he returns as scheduled, he is expected to play against the New York Yankees on the 29th. Ryu Hyun-jin was placed on the injured list with mild neck pain in 2019 while playing for the Los Angeles Dodgers, but returned after 10 days.

Ryu Hyun-jin, who decided to take a break from ‘one beat’… Will the rebound succeed?

Ryu Hyun-jin led Toronto to the postseason last season, and has been active as an ace in the starting lineup this season as well.

However, in the second half of August, he pitched with ups and downs and had a sluggish ERA of 6.21 for six games. In September, he recorded a whopping 10.45 ERA over three games, having the most difficult period since his major league debut.

Moreover, in a situation where Toronto is competing fiercely with wildcards to advance to the postseason, Hyun-Jin Ryu fell into an unexpected slump, and the Toronto club and the local media are not able to hide their embarrassment.

In the end, it seems that Toronto decided to put Ryu Hyun-jin on the injured list, skip one rotation, and have more time to check his position.

Toronto’s starting lineup, which has been showing stable performances recently, also played a role in this decision. Although Ryu Hyun-jin is sluggish, Toronto is on a steep rise in the second half thanks to a starting lineup of Robbie Ray, Steven Mats, Alec Manoa and Jose Berrios.

All of them have a lower ERA and better form than Ryu Hyun-jin, and there is even a prospect that if he advances to the postseason, Hyun-jin Ryu will go down to the 5th starter.

However, Toronto hopes Hyun-jin Ryu, who has the most big stage experience among the team’s starting pitchers, will get back in shape. It is noteworthy whether Ryu Hyun-jin will return to his former appearance when he confidently led the Toronto starting lineup in ten days.

☞ Go to ‘Oh My Sports’ Facebook page, sports news with a point of view