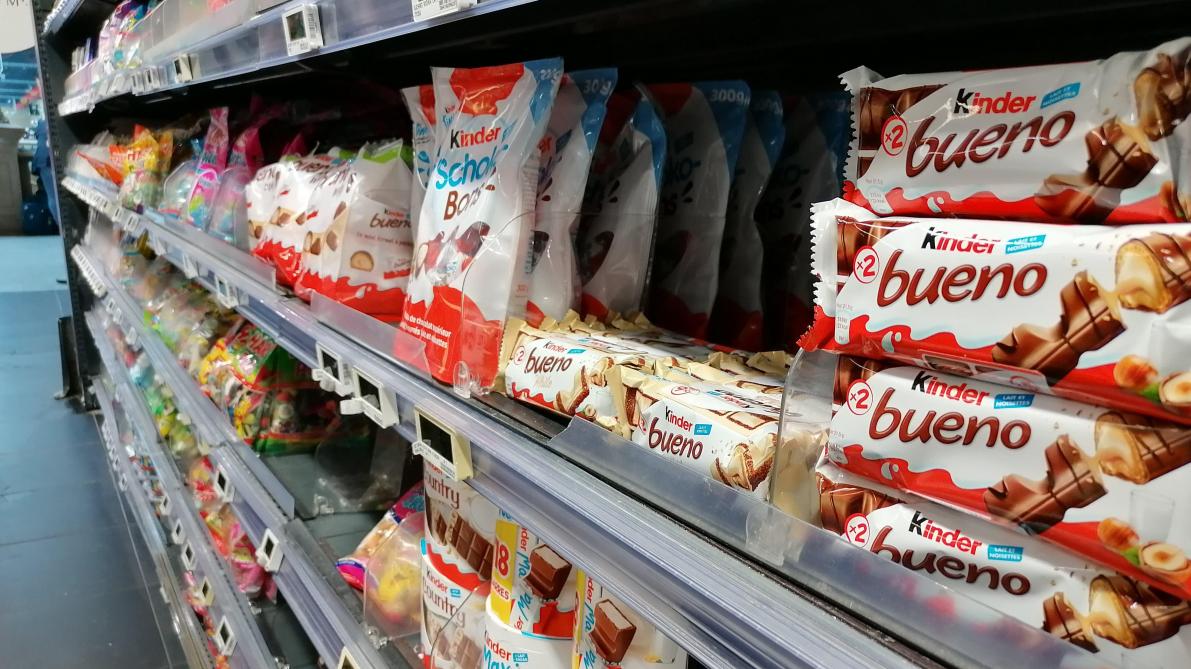 Following a scandal that tarnished his image, Ferrero said he had determined what caused the contamination of his products.

The financial impact for the group is huge. It “will be around tens of millions of euros”, announced Nicolas Neykov, the general manager. During the Easter period alone, a high point for the Italian manufacturer, the brand lost 40% of its normal turnover.

The brand, loved by young children, believes that “60% of consumers are no longer confident”, says Mr Neykov, who has launched a reconquest campaign and wants to play the card in transparency.

“According to our investigation”, the contamination would have come from “a filter located in a dairy tank” at the Arlon factory in Belgium and would have reached “either by contaminated raw materials, or by humans”, according to him.

An investigation is ongoing

The factory in Arlon, in the Belgian Ardennes, where the Kinder products in question came from, closed in early April. All products produced on this site (Kinder Surprise, Kinder Mini Eggs, Kinder Surprise Maxi 100g and Kinder Schoko-Bons) are recalled.

The group, criticized for not closing the factory on December 15, the date when salmonella was first detected, is defending itself today. “On December 15 (…) we stopped all production lines, closed the factory, discarded what was manufactured,” he explained.

“All our tests were done in those negative days, allowing us to reopen the factory,” he explains. “Then we are absolutely certain that no contaminated products have been placed on the market. What happened next? The investigation will say,” said Nicolas Neykov, while the Belgian judiciary opened a judicial investigation in April.

The managing director explained that “it was only April 2 that the English authorities established a statistical correspondence with the Kinder surprise consumption”, prompting the group to recall its products in Britain and then in France the next day.

The group received more than 150,000 requests for compensation and 90% of those requests were “satisfied”, says the general manager, in the form of good reductions on any Kinder food product or good purchase, which represents a cost of less than two. million euros for the group.

The group now wants to resume production as soon as possible and has demanded the reopening of its Belgian factory from 13 June. The group, which acknowledged failure, announced that 50% of health checks would now be carried out in an approved external laboratory while “for now” everything is based on an internal self-check system.

Ferrero also presented a plan on May 4 to Belgian health authorities, 1,000 factory workers and working seven days a week when it reopened. 10,000 parts will be disassembled and cleaned one by one “, he specified.