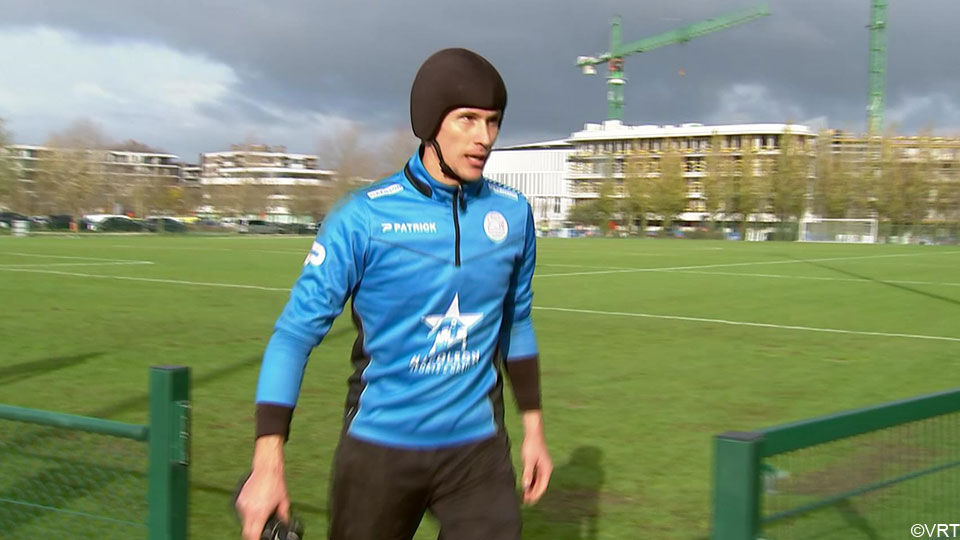 “Actually I don’t remember anything about the moment itself”, says Sammy Bossut. “Afterwards I saw on the images that a center came from the right which I intercepted. Botaka came in and unhappily took me with his knee in his course.”

“Rehabilitation was actually not that bad afterwards. I didn’t have that much headache, but I did have buzzing in my ear, due to a fracture in my cochlea. That was the most annoying thing. But it could be worse, I clearly have a good guardian angel.”

Yet Bossut does not want to experience this again and so from now on he will train and play with a helmet on. “It’s as if I’m on a moped. But the comments are positive, apparently the visibility is not too bad.”

“I don’t care either. Even if they put a gnome hat on me, I do everything to play.”

“In the beginning it took some adjustment. You hear a little less and therefore have to listen better. In any case, I hear 30 decibels less since the collision. From 40 decibels you have to wear a hearing aid. But in daily life it doesn’t bother me much. . “

Will Bossut wear the helmet for the rest of his career? “After a while I may be allowed to take it off, but I think I will keep it up anyway. For safety and for my family.”

Sammy Bossut has been training again for a while and will soon be able to show his helmet for the first time in a match. “I am in top shape and I can’t wait to take my place in goal again. I’m back on level and I expect to play again.”

Without Bossut, Zulte Waregem did not go well. “But since I train again, we have achieved 4 out of 6”, he laughs. “If we win against KV Mechelen on Sunday, we will take a step to the other teams and that will give confidence again. Hopefully the train will have left.”

“With Timmy Simons and Davy De fauw as assistants, a new wind is also blowing. The boys bring new ideas. In the beginning you don’t reap the benefits, but in the long run it will be fine.”