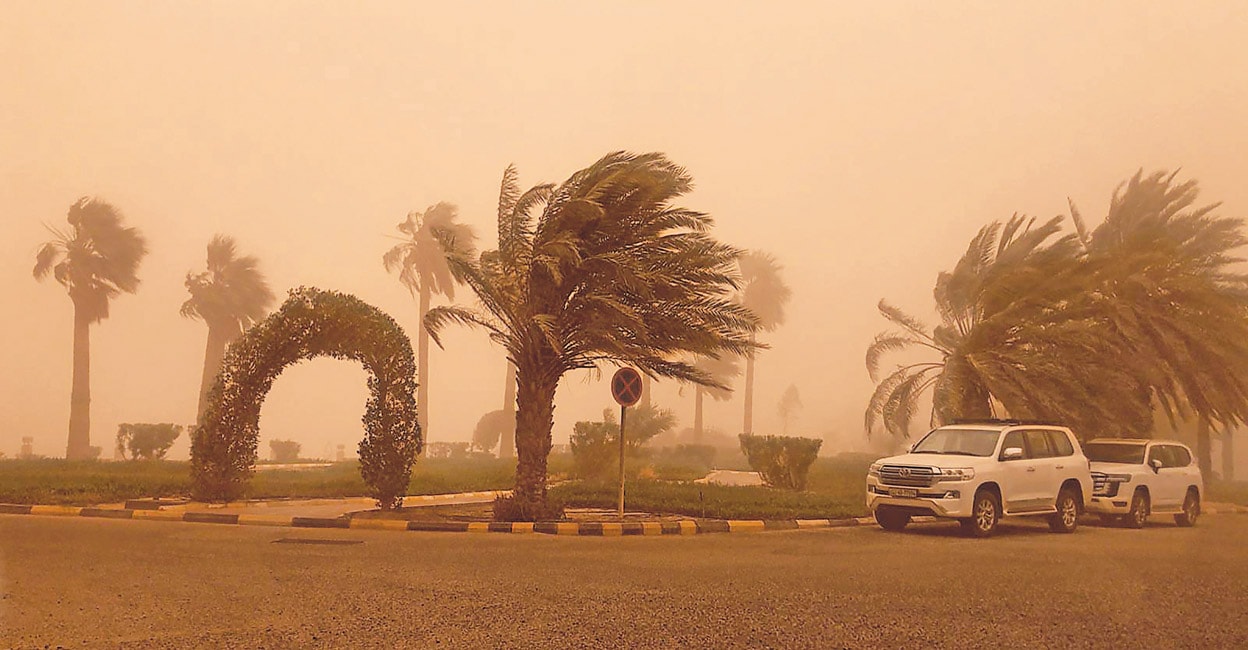 KUWAIT CITY: The second dust storm in Kuwait in a week has made life miserable. Kuwait International Airport is closed for several hours. The flights to and from Kuwait resumed their journey after the weather cleared.

There are also people who spend hours in the office with clouds of dust making it difficult to get out even after work hours. At least visibility makes car traffic difficult. Several accidents were reported as the car in front was covered with dirt so that it could not be seen.

Unable to move, many parked on the side of the road and sat in their cars. The construction sector was also closed.

The dust storm started in the morning and intensified in the evening. The dust storm was reported at 15-55 km / h. At midnight it dropped to 40 km / h. The Met’s office is said to be one of the strongest sandstorms in recent memory.

More May in 25 years

The Kuwaiti Meteorological Agency said in May that this was the first time in 25 years that a large amount of sand had been recorded in May.

Although there have been occasional dust storms since early May, the strongest was 16 this month and yesterday. On the 16th, visibility was reduced to 300 meters due to the dust storm, which reached 35 to 50 km per hour. Airport, port and school were closed.

The sandstorm, which erupted in the eastern Syrian region of Deir Ezur, was blowing in Iraq, northern Saudi Arabia and Kuwait.