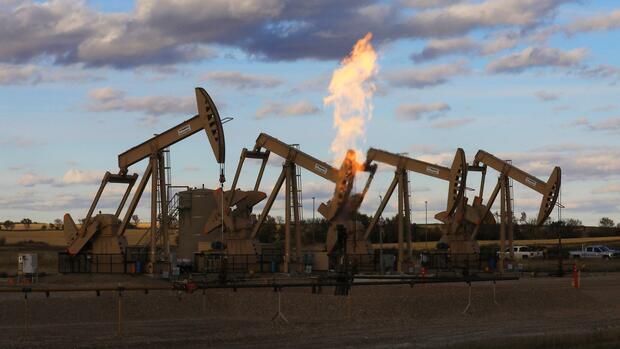 The Opec plus alliance is extremely weak.

On paper, it looks as if Saudi Arabia has prevailed: Under the negotiations of the kingdom, the 23 oil states of the Opec plus alliance won an historic deal to save the oil markets over Easter.

They take almost ten percent of the world’s oil supply from the market by throttling their production. More than ever. The United States and Canada are also reducing their oil production. But a closer look reveals that Saudi Arabia has gambled away. The oil state’s reputation as the central bank of the oil markets has suffered, and the Opec cartel is also weaker than ever.

On Easter Sunday, Saudi Minister of Energy Prince Abdulaziz bin Salman received the third diplomatic defeat in a matter of weeks. Since Thursday, he had insisted that all Opec plus countries approve of the deal he presented. But Mexico refused to the end and brought the agreement to the brink of collapse.

The country is a dwarf on the oil market, and its share of global oil production is less than two percent. Nevertheless, Mexico was able to prevail against the Saudis and reduce its individual funding cuts.

Saudi Arabia had already suffered a diplomatic defeat on Good Friday. The Kingdom wanted the oil exporting countries outside the Opec plus alliance to participate in the cut in production. Countries such as the United States, Canada and Brazil should take another five percent of global oil production off the market.

However, at a conference called an “emergency meeting”, the energy ministers of the 20 largest industrialized countries (G20) were unable to agree on any specific measures against the drop in oil prices.

At the end of the meeting there was a soft final statement. At the beginning of March, the summit of the Opec plus countries led by the Saudis was a disaster.

Oil Minister Abdulaziz bin Salman pushed ahead with demands that Russia rejected. It was the start of a four-week price war that plunged the oil industry into a deep crisis and put enormous strain on the currency reserves of Saudi Arabia and Russia.

The future of the Opec plus alliance is not a good one given the Saudis’ weak leadership. The special arrangement for Mexico and the privileges that Saudi Arabia and Russia have negotiated for themselves are likely to result in other member states not taking the subsidy cuts seriously. In any case, the oil markets are not convinced of the historic deal: at the start of trading, oil prices turned slightly into the red.

More: The markets are reacting cautiously to the historic Opec deal.