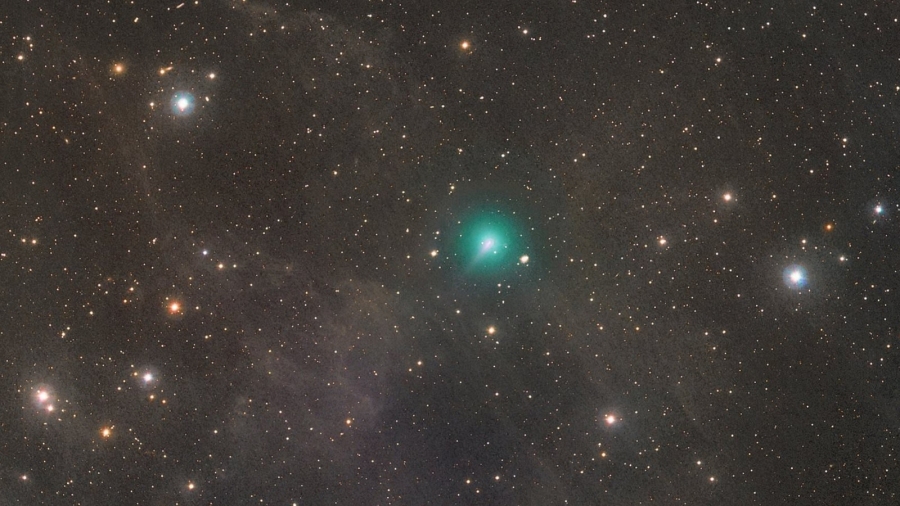 Jafra News – Astronomers have discovered the fastest orbiting asteroid in the solar system, with the shortest orbit known to date, a space rock that orbits 12 million miles from the sun every 113 days.

According to a report published by the British newspaper “Daily Mail”, this 3,280-foot-wide asteroid, known as “2021 PH27”, was spotted on August 13, by scientist Scott Sheppard, of the Carnegie Institution for Science, by the Dark Energy Camera (DECam). ) and is a powerful multi-purpose instrument mounted on the Víctor M. Blanco 4-meter Telescope at the Cerro Tololo Inter-American Observatory in Chile.

Asteroid 2021 PH27 also has the smallest average distance of any known asteroid in our solar system, and only Mercury has a shorter orbit and a smaller mean distance.

According to a statement from the US National Science Foundation’s National Optical and Infrared Astronomy Research Laboratory (NOIRLab), this asteroid is so close to the Sun’s massive gravitational field that it experiences the largest effects of general relativity of any known object in the Solar System.

Because of its proximity to the Sun, the surface temperature of 2021 PH27 reaches nearly 500 degrees Celsius (about 900 degrees Fahrenheit) at the closest point, which is hot enough to melt lead, Sheppard added.

“Although telescope time is very precious to astronomers, international nature and a love of exploring the unknown make astronomers very willing to go beyond their science and observations to pursue new and interesting discoveries, such as this one,” Sheppard said in the statement.

Experts also believe that 2021 PH27’s orbit is unstable, leaving it with two possible outcomes: it will either eventually collide with Mercury, Venus or the Sun, within a few million years, or be ejected from the inner solar system through the gravitational influence of the inner planets.

It is worth noting, astronomers find it difficult to find these inner asteroids, because they are often hidden, due to the glare of the Sun, and when asteroids get very close to our nearest star, they are exposed to a variety of pressures, such as thermal stresses from the heat of the Sun, and physical stresses from The tidal and gravitational forces make it more fragile.

Rita reveals a strange reason for her separation from Riyad Mahrez