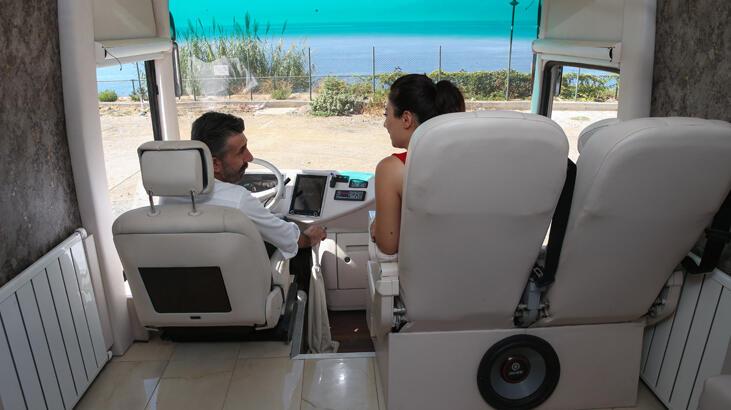 Aylin Rana Aydin – The SCT (Special Consumption Tax) rate applied in motor caravans, where interest increased as a result of changing holiday habits with the Kovid-19 epidemic, has changed. According to the regulation published in the Official Gazette, the SCT rate of the vehicles in question was reduced from 220 percent to 45 percent. Caravan sellers stated that the demands have increased due to the expectation that the SCT rate will decrease for a few weeks, and that the orders will be clarified in the coming period. In addition, it is stated that the said development will contribute to the formation of a new holiday concept and the development of parks in the caravan tourism ecosystem.

Sabahattin Ergin, Vice President of the Turkish Camping and Caravan Association, stated that the interest in caravans has increased due to the epidemic. Noting that the regulation would increase the interest for new vehicle construction, Ergin said, “As they were exempt from tax, vehicles aged five and over were generally purchased. This will be an incentive for new vehicle purchases. We wanted the law to be applied only to domestic producers,” he said.

Aydos Caravan official Berrak Pınar noted that there has been a serious telephone traffic since the SCT rate in the caravan was presented to the Parliament’s agenda. Stating that the interest in caravans has increased exponentially since last year, Pınar said, “Due to the epidemic, the production capacity returned cannot meet the current demand. Demand is increasing. As people head towards and experience the trailer, the people around them also demand it. There was already a very serious demand for the trailer. Due to the high excise duty on the motorhome side, customers did not show much interest. With this SCT reduction, there has been an increasing interest for about a month.” Stating that they are the Turkey distributor of the Adria brand, Pınar said: “There is no such thing as an increase in sales prices due to the decrease in SCT. We make our sales in euros. Today, while I have stock in the trailer, I don’t have it in the motorhome. After this process, those who want to order a motorhome will definitely be in an order queue.”

Kadıköy Caravan official Eser Tura noted that with this decision, overseas caravan companies may have breakthroughs such as making production in Turkey. Tura said, “This situation may put the domestic producer in a difficult situation. First of all, there should be a standard for production,” he said.

Production will increase, ecosystem will be formed

Inan Ekici, Chairman of the Board of the All Car Rental Organizations Association (TOKKDER), stated that in addition to the reasonable SCT rates, the introduction of institutional qualifications for caravan production will play a key role in terms of caravan production, exports and ecosystem in Turkey. Ekici said, “As a result of this development, we will witness a new holiday understanding and the formation of new customer groups, the development of parks in the caravan tourism ecosystem that will be formed, and the increase in the number of domestic and international customers. Finally, we believe that this area, whose potential will not be limited only to tourism, will be an important step in terms of production in terms of industry, and will contribute to employment and our export position.

See also  Kremlin: A video summit between Biden and Putin will take place on Tuesday