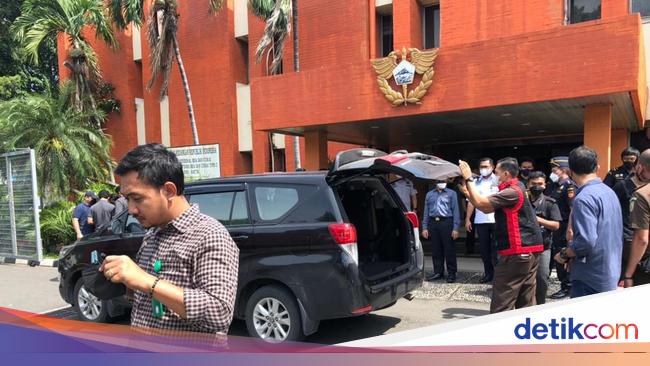 Ivan said the investigative team had raised the status of the handling of the alleged corruption case of extortion against a courier service company at Soekarno-Hatta Airport carried out by unscrupulous Customs and Excise employees of the Soekarno-Hatta Main Service Office to the Investigation level on January 26, 2022.

From the results of the search, investigators confiscated a number of evidence in the form of documents and money in the amount of Rp. 1,169,900,000. The confiscation was carried out after obtaining a permit from the Tangerang District Court.

“In the confiscation activity, Soetta Customs and Excise was cooperative in providing the necessary documents, so that it went smoothly,” said Ivan.

The following were seized during the activity:
1. Money in the amount of Rp. 1,169,900,000
2. The documents related to the matter in question amount to about 1 suitcase

Furthermore, today (27/1), the team of investigators also examined 4 witnesses from the private sector for questioning.

As previously reported, the Indonesian Anti-Corruption Society (MAKI) complained about allegations of illegal levies (extortion) at Soekarno-Hatta Airport. MAKI suspects that a Customs employee is committing extortion to the courier service business.

“There are allegations of extortion/extortion by state civil servants (ASN) at Customs and Excise on duty at Soekarno-Hatta Airport, Tangerang,” said MAKI Coordinator, Boyamin Saiman, in a statement, Saturday (22/1/2022).

Boyamin said the alleged extortion was carried out by putting pressure on a courier service company, PT SQKSS. He said that there were 2 Customs officials who were suspected of being involved in the case.

“To facilitate the investigation process, the person suspected of being involved has also been disabled from his position and has been subject to disciplinary punishment,” said Director of Communications and Guidance for DJBC Service Users Nirwala Dwi Heryanto in a statement, Tuesday (25/1/2022).

He said DGCE had received a report on alleged violations in April 2021. DGCE together with the Inspectorate General of the Ministry of Finance (Kemenkeu) had conducted an investigative audit.