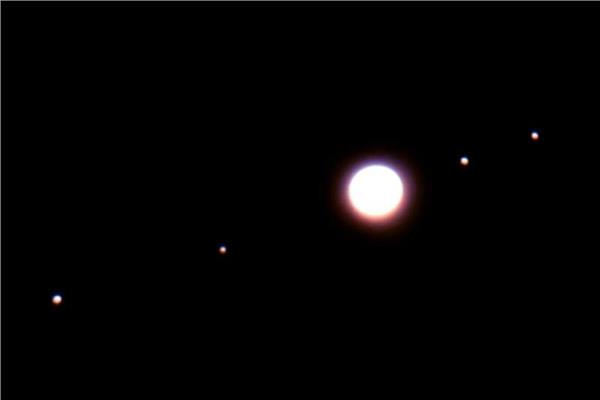 Today, Monday, the sky of Egypt and the Arab world will witness the end of the retrograde movement of Jupiter towards the west in the dome of the sky.

Astronomers confirmed that the movement of Jupiter will be apparent in front of the stars at 9:30 am Egyptian time (05:13 am GMT), with the beginning of gradually restoring its usual movement towards the east in front of the constellations in the zodiac circle.

The experts stated that the retrograde motion is just an optical illusion only, as the planet did not stop and did not move backwards towards the west. Jupiter, like all the outer planets, always moves towards the east in its orbit around the sun. for the stars.

The experts added that Jupiter entered the retrograde movement, and its usual movement towards the east stopped, and this movement is caused by the movement of the Earth around the sun, as the planets always move in the same direction and do not move backwards.

Astronomers said that what happens during the movement of the earth in its small orbit around the sun passes next to one of those exoplanets, then it appears to us from the earth “only” that the planet began to move backward in its orbit with respect to the stars for several months.

The Earth crossed on August 19 last between Jupiter and the sun in a phenomenon called “convergence.” And that was the best time to observe Jupiter, as the planet was at its closest point to us and at its brightest in the sky, and with the end of the retrograde movement, this means that the best months to see Jupiter are over Despite this, Jupiter is still shining bright compared to any star in the sky.

At the present time, Jupiter is monitored, after the beginning of the night, towards the southern horizon, where it appears to the observer in the naked eye as a bright white point, and to the right of it is noted the planet Saturn as a golden dot faint to the naked eye.

The planet’s disk and its four large moons can be seen through a binoculars mounted on a stand to prevent image shake, and for a better view a small telescope must be used.

It is worth noting that he may not notice much during the next week or two, but after it will be clear to see Jupiter heading towards the east by comparing its position with respect to the stars, when observing it day after day.

Sunton Capital is Illegal to Use Trading Robot Mode, What Is It?