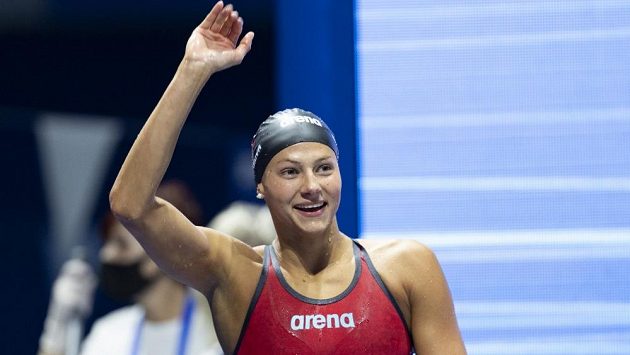 Swimmer Barbora Seeman was one of the most prominent figures of the Hungarian Iron team in the successful fight for the ISL International League playoffs. In a match of four teams for two promotion places, the Czech crawler in the short pool in Naples won the 200th, in which she is European champion in the long pool, and in the 100-meter race she set her Czech record from Sunday with a time of 52.31.

Barbora Seemanová in the archive picture.

Seeman scored 34 points during the whole match, she also did well in the mixed position relay. The 21-year-old native of Prague finished third in the victory of the Dutch partner Ranomi Kromowidjojová (51.85). She did not give her opponents a chance on her great track 200 meters and in the finish she was almost a second faster than the second Leah Neale from the DC Trident team. Seeman won by 1: 53.97.

Trident advanced to Iron in the eight-member playoffs today, while NY Breakers and Toyko Frog Kings said goodbye to the competition. The playoffs will take place in the second half of November in Eindhoven, where six matches are scheduled. The competition on the 7th and 8th of January will also culminate in a final duel.

After three records, Seeman was the best swimmer of the 10th ISL meeting