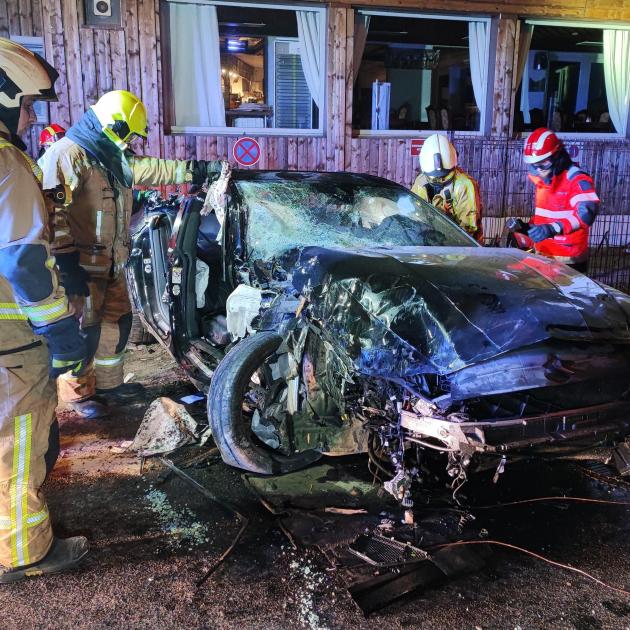 A loss of control would be at the origin of this impressive exit from the road, Wednesday evening in Landelies. Conclusion: at least three occupants of the Audi are injured, two of them seriously without their life being in danger.

Around 11 p.m. this Wednesday evening, emergency services from the Hainaut East zone and police teams from the Germinalt and Binches-Anderlues zones intervened at rue de l’Abbaye d’Aulne, in Landelies (Montigny-le-Tilleul ) for an impressive outing. Only one car seems to be involved: the driver lost control and deviated from his trajectory before hitting the fence of a car park and the facade of a building. The vehicle was totally damaged, and at least three occupants were injured, two of them seriously. The days of the latter, however, would not be in danger. They were all taken to hospital.

The relief intervened in number, by means of an extrication vehicle, four ambulances and two Smur. The road had to be closed for almost 2 hours and cleared.

It was the ACF Motors repairman, from Gozée, who took charge of the wreckage.

See also  HIV/AIDS in Magetan Continues to Increase, PLWHA Must Pay Attention to This