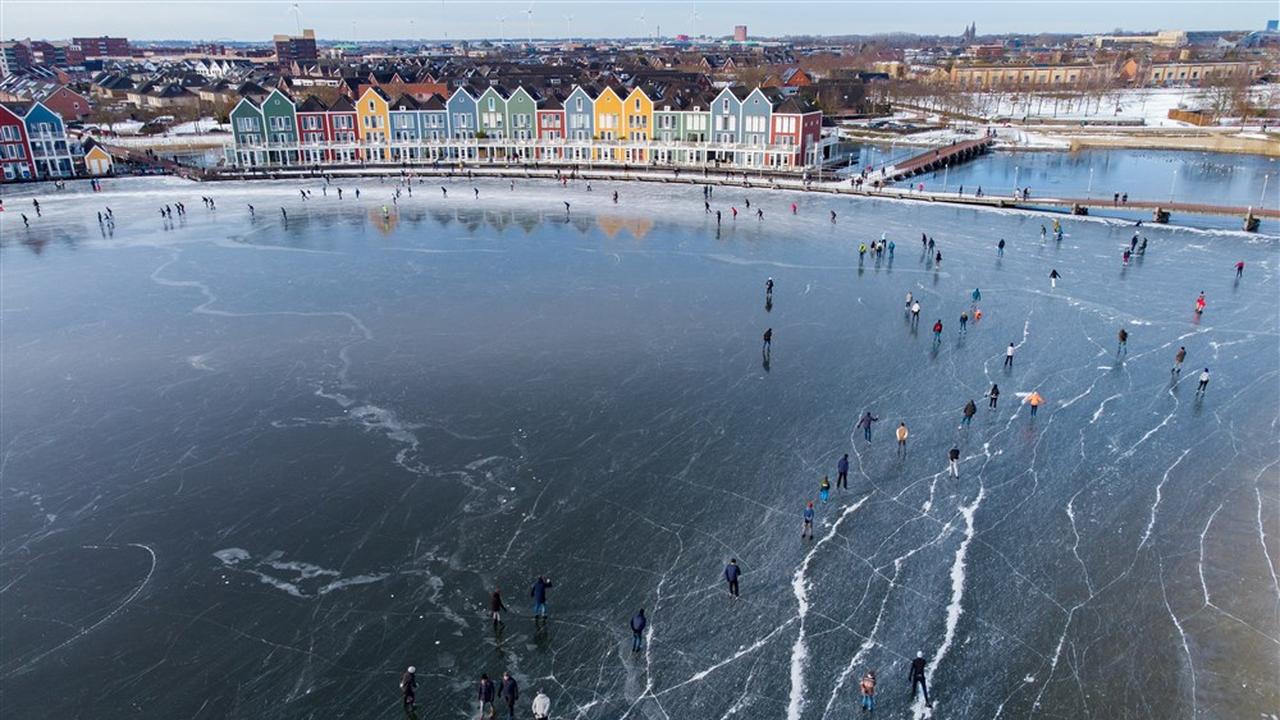 Now that the temperatures in various parts of the country are carefully above zero, several municipalities are warning of weak spots in the ice. This leads to dangerous situations in the municipality of Wijdemeren, among others: skaters on the Loosdrechtse Plassen are urged to leave the ice. In Friesland, the safety region is calling not to come to the lakes anymore.

The rising temperatures are causing problems on the ice in the municipality of Wijdemeren, among other things. The municipality is calling not to come to the ponds anymore. Ice masters on site are busy cordoning off the dangerous spots with ribbons. “Are you on the ice? Then go back to your starting point,” said the municipality.

The quality of the ice on the Loosdrechtse Plassen has deteriorated to such an extent that the area’s ice club urges the skaters to leave the ice. “Don’t come skating in Loosdrecht anymore,” said the ice club.

In the Noord-Hollands Dagblad Chairman Len Veerman says that if the major alarm is not heeded, a police helicopter will take to the air to warn with sound systems. According to Veerman, a piece of ice can be turned into water within ten minutes by the rising wind. He is amazed that there are still parents with young children on the Loosdrechtse Plassen. “The skating is over. Now it will be swimming trunks again.”

The municipality of Amsterdam calls on all skaters to leave the ice, because the ice “deteriorates quickly in many places” due to the thaw.

In Friesland, skaters are called on to stop coming to the lakes in the province. The wind has changed, so that open strips can form on the water in a very short time: also known as box works.

In Groningen too, the municipality is asking skaters to pay attention to weak spots in the ice. The ice is unsafe in several places on the Diepenring in the city and the fire brigade has deposited the ice.

The police of Dronten asks skating enthusiasts on the Veluwemeer to stay away from the fairways. Several skaters have already fallen through the ice there, the police said.