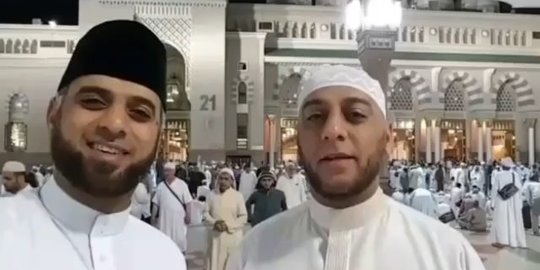 Merdeka.com – The Israeli attack on Palestine is the focus of world attention. Various countries have called on Israel to stop attacks on Palestinians. Not a few countries have contributed to Palestine. The younger brother of Sheikh Ali Jaber, Sheikh Muhammad Jaber also spoke about what happened in Palestine.

The younger brother of Sheikh Ali Jaber, Sheikh Muhammad Jaber, expressed the concern of other countries for Palestine. He also mentioned that saty was the country that cared the most about Palestine. In three days, the country could raise IDR95 billion.

This was revealed from one of the latest uploads of Sheikh Muhammad Jaber’s younger brother on Instagram. This is the full review.

Most Caring Country for Palestine

The younger brother of Sheikh Ali Jaber, Sheikh Muhammad Jaber, talked about the concern of other countries for Palestine. He called the country Kuwait

“Masya Allah, the only Arab country that cares, cares, and helps Palestine is Kuwait, in just 3 days it can collect 2,000,000 Dinars, worth 95 billion and up to now it is still growing more than 100 billion and continues to grow, insha. God, “wrote Sheikh Muhammad Jaber.

According to him, as Muslims, they should help fight. One of them is by means of jihad through wealth.

“If we cannot fight or wage war against the enemy of Allah to free the Masjid al-Aqso, it is obligatory for us to fight with wealth.
This is not Nafilah (additional) worship, but it is our duty to help them. Hopefully we can get involved in the struggle to liberate the al-Aqso mosque and hopefully we can pray together at the al-Aqsa mosque. Aamiin, “continued Sheikh Muhammad Jaber.

Syekh Muhammad Jaber also appreciated the people in this country who were also very concerned about Palestinians.

“Alhamdulillah, Indonesia is also one of the countries in the world where Masya Allah has a very high level of attention and concern for our brothers in Palestine., “he wrote.

Read Next: The Country Most Concerned About Palestine …