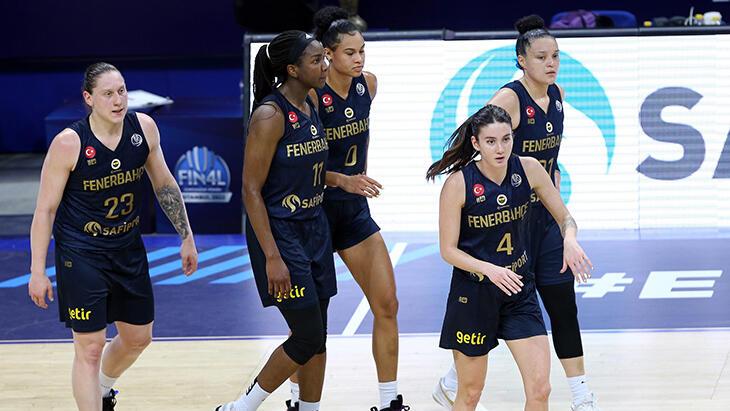 Fenerbahçe Safiport had a great misfortune after the EuroLeague Women’s Final Four match, where it beat USK Prague to reach the final. Fenerbahce star Kayla McBride announced the event from her social media account.

FINALIZED FOR THE 4TH TIME
Fenerbahce Safiport defeated USK Prague to reach the finals of Euroleague Women for the 4th time in its history. The yellow-dark blue team, which reached the finals in the 2012/2013, 2013/2014 and 2016/2017 seasons, failed to reach the cup.

Comparison of Gökhan Gönül and Caner ErkinTransfer from Beşiktaş to Fenerbahçe! View News

SHARE FROM LEBRON JAMES
Fenerbahçe Safiport, our representative in Euroleague Woman, reached the final in the Final Four. LeBron James was among the names who congratulated the success of the yellow-dark blue team. Sharing a video featuring Kayla McBride, LeBron James congratulated his compatriot.

FEATURED WITH SOPRON IN THE FINAL
Fenerbahçe Safiport Women’s Basketball Team faced off against Hungarian representative Sopron Basket in the final of the FIBA ​​Women’s EuroLeague Final Four organization at Ülker Sports and Event Hall. The match, which witnessed a breathtaking struggle from start to finish, ended with Sopron’s superiority of 60-55 and the representative of Hungary became the champion.

LAST BALL ESCAPEED
Fenerbahce Safiport, who couldn’t evaluate the 3-pointer shot while trailing 3 points with 20 seconds left, came in second in the EuroLeague.

THEY ARE POISONED BEFORE THE MATCH
Kayla explained the unfortunate event on Instagram. Explaining that they were poisoned and went to the hospital with some of their teammates and team personnel before the final match, Kayla said they were sorry for the defeat.

3 BASKETBALL AND Aries
Kayla McBride announced that she, Alina Iagupova, Satou Sabally and Coach Lapena suffered from food poisoning one day before the final match.

THEY GO TO THE HOSPITAL
Kayla McBride announced that she, Satou Sabally, Alina Yahupova and Head Coach Victor Lapena suffered from food poisoning following the EuroLeague semi-final match against USK Prague. Explaining that they went to the hospital the night before the final match, Kayla wanted the messages sent to her teammates and herself to end.

Blumenau records about 300 confirmed cases of dengue in 2022